The FBI just released its 2018 Hate Crime Statistics report which documents the demographics of victims and suspects of crimes in the United States, at least when the motive was made clear to law enforcement. These aren’t all crimes. Just crimes that were based on someone’s gender, religion, sexual orientation, etc.

While any number is too high, of the 7,120 incidents documented by the FBI in 2018, “anti-atheist” (or anti-Agnostic) sentiment was the cause of only 6 of them.

By comparison, anti-Semitism motivated 835 incidents while Anti-Black hate spurred 1,943 incidents. Anti-LGB hate was the basis for 1,196 incidents while there were 142 instances of anti-transgender hate. 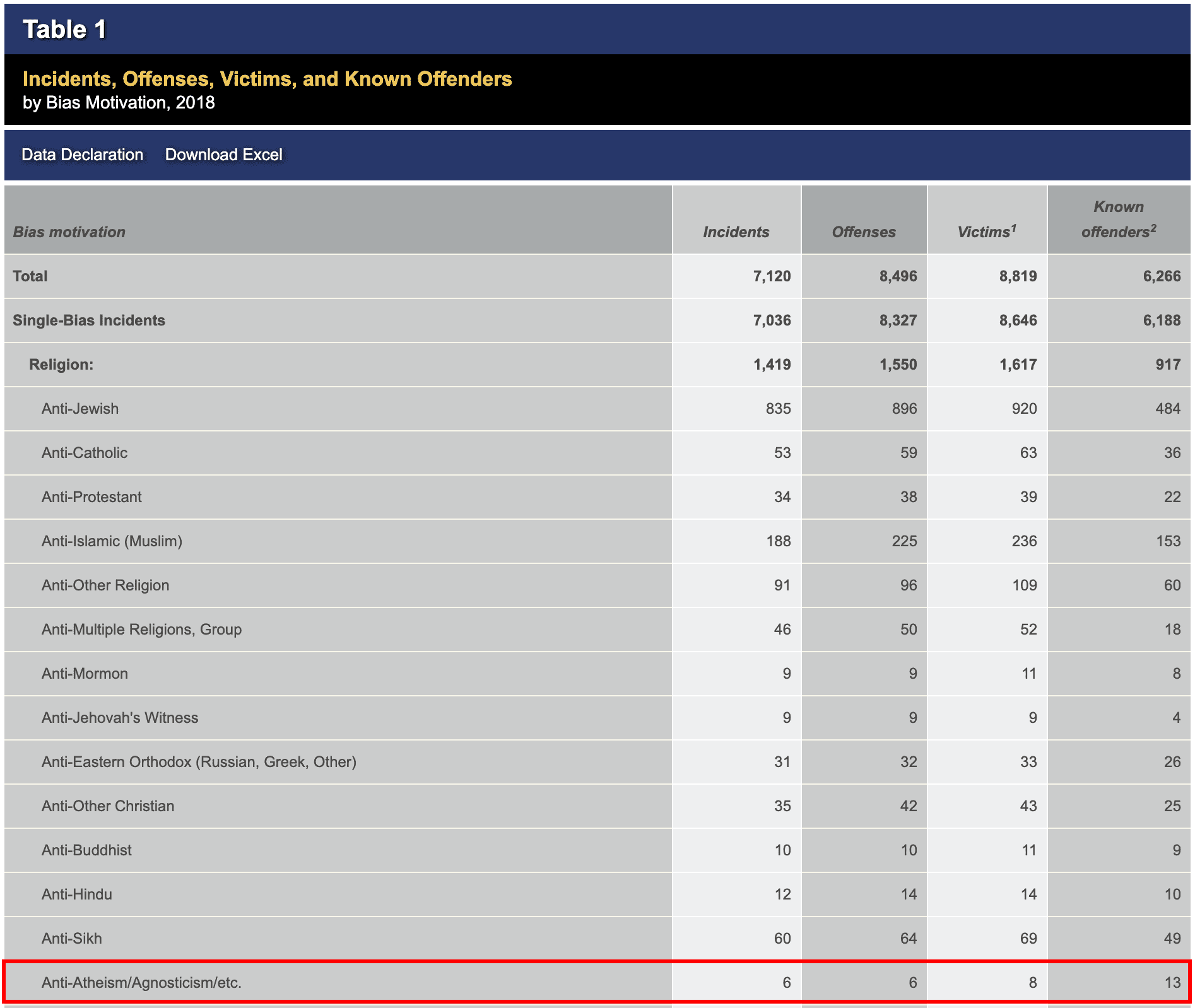 Of those six crimes, one was an assault. The others involved theft (1) or vandalism (3). While there’s a huge societal stigma against atheists, we suffer from fewer hate crimes than people of pretty much every other non-Christian group. (At least when these crimes have an obvious motive.) People may not want to vote for us and they may not trust us, but they don’t typically want to be violent toward us, either.

I should also stress the obvious: this isn’t some sort of Biggest Martyr game. No one deserves to be on the receiving end of vandalism or physical violence because of his or her religious beliefs, no matter how much anyone disagrees with it.

(via Religion Clause. Featured image via Shutterstock. Portions of this article were posted earlier) 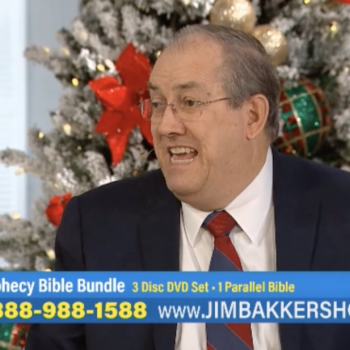 November 13, 2019 Christian Preacher: Critics of Donald Trump Are Being Driven by Satan
Browse Our Archives
What Are Your Thoughts?leave a comment