At least one Republican politician thinks his best path to Congress involves getting people to pray for Donald Trump during the ongoing impeachment inquiry. 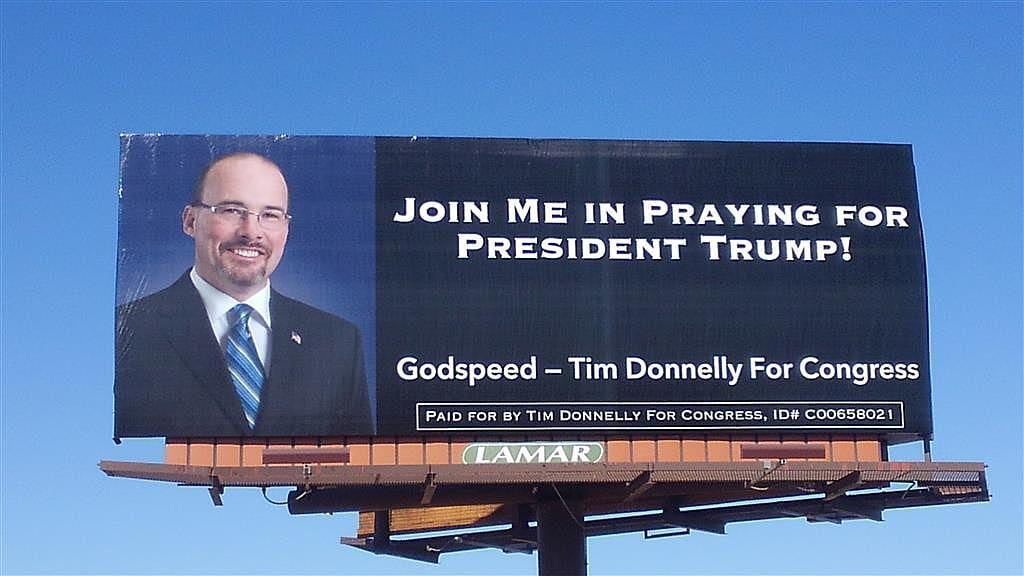 Tim Donnelly, a former GOP member of the California State Assembly who is currently running for Congress from the 8th District, recently announced he put up two so-called “Pray for President Trump” billboards in his Congressional district. Both say “Godspeed” before mentioning his own name.

As you’ve seen in a “fake” news media, radical Democrats in the House are attempting to overthrow the duly elected President of the United States.

And every day they try to get a step closer to succeeding in their coup.

There has been no other time in recent history where President Trump needs your prayers more than right now.

I’m sure the prayers would’ve been helpful when his businesses were going into massive debt.

Oddly enough, the billboards put Donnelly’s campaign into some debt. His announcement also came with a fundraising plea to help fix the deficit.

That’s why I am asking for your help to help! Our last push got the two billboards up but we still fell short by $350.

Would you please help me backfill our deficit and then help me raise even more to get more of these billboards up?

We only need seven people to chip in $50 to get back in the black. Then we can keep moving forward with getting more of these massive “Pray for President Trump” billboards up!

Some candidates use campaign contributions to tell voters why they deserve to be in Congress. This guy wants to replace a retiring Republican with a pitch that combines religion and Trumpism. Maybe he just doesn’t want to advertise the fact that he opened his home to a far-right YouTube political entertainer who has expressed White Nationalist sympathies, or began a citizen militia, or stole a transgender soldier’s picture for a 2018 billboard campaign.

In any case, he seems worried about Democrats succeeding with the impeachment inquiry. If mere prayer is his secret weapon, then Democrats should be thrilled with their decision to pursue this path. Even God isn’t as powerful as a whistleblower and multiple witnesses. 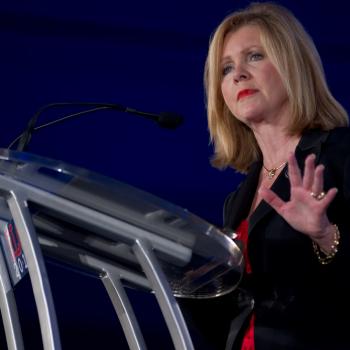 November 12, 2019
A GOP Senator Tried, and Failed, to Quote Jesus in Defense of Donald Trump
Next Post 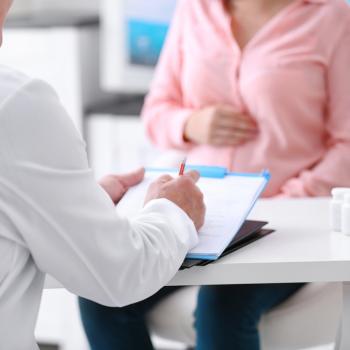