Years After a Pastor Abused Them, Two Women Speak Out Before He Gets a Promotion November 10, 2019 Hemant Mehta

Years After a Pastor Abused Them, Two Women Speak Out Before He Gets a Promotion

Another Southern Baptist pastor. Another allegation of sexual misconduct. Another church that doesn’t appear to be doing much of anything to investigate.

Megan Frey and Jo Anna Hendrickson say that when they were 18 years old, in 2002, they were dealing with difficult break-ups and confided in Wes Feltner, the youth pastor at First Southern Baptist Church in Evansville, Indiana.

Instead of serving as a confidant, he allegedly took advantage of them. 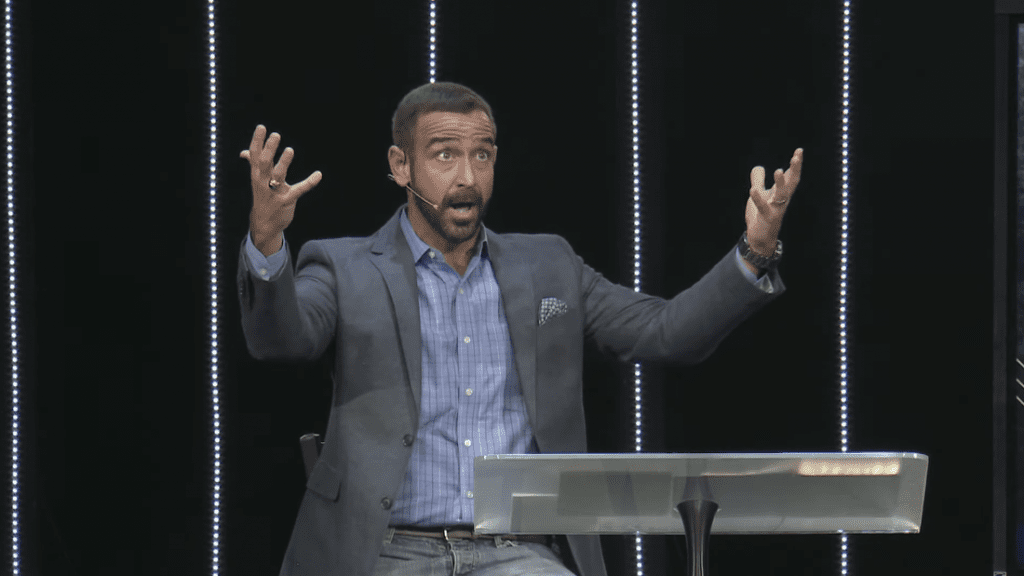 Frey claims the counseling sessions soon transformed into meetings with Feltner at his house, then shared bubble baths, sex and a trip to Las Vegas. Sexual contact with the pastor began while Frey was still in high school, she says.

Hendrickson alleges that Feltner initiated a physical relationship with her in the fall of 2002, while he was also pursuing Frey. She says Feltner told her “he felt God leading him to pursue me” because she was also interested in ministry.

Church leaders soon found out about these relationships, but the women say the people in charge “dismissed it all.” They just weren’t taken seriously at that time.

But Feltner kept getting promoted. He now works at Berean Baptist Church in Minnesota and may soon become the senior pastor at First Baptist Church of Clarksville, Tennessee. The women are telling their stories again now in the hopes that he might finally be stopped now that the culture at large — and Southern Baptists in particular — seem to be taking these kinds of allegations more seriously.

Berean Baptist Church has already said it’s investigating the matter. But they didn’t say who was investigating, how they were going about it, or how long it might take. They did, however, say “there are conflicting views of events and circumstances.”

Here is our response to the recent accusations: pic.twitter.com/6WbORl1X7M

First Baptist Church is taking a wildly different approach to the issue. Last week, one pastor heading up the search committee gave a sermon in which he said various pastors throughout the church’s history had been accused of misconduct and this situation was no different.

He meant to imply pastors were always persecuted… but it also sounds like this church just hires one monster after another.

Without saying their names, he called the women “adversaries” of the church.

All the more reason it’s so important they speak out now. I should note that the Southern Baptist Theological Seminary suspended Feltner, who works as a professor there. But he may very well be on his way to getting a promotion with this Tennessee church.

Dr. Susan Codone, a professor and Southern Baptist, summarizes the situation perfectly in a piece for the Leaf Chronicle:

Predators groom adults — the caretakers and gatekeepers — before they groom their younger targets. They convince the adults of the authenticity of both their charisma and character so that the adults will defend and protect them, or at least misdirect the warning signs when allegations come. A predator signals his behavior patterns by changing jobs frequently, moving significant distances, and being charismatic, friendly, and persuasive — someone you might call a good guy. Or even a pastor.

If Feltner were interviewing for the position of a middle school girls soccer team coach, these allegations would have shut down his eligibility. The church’s standards should not be lower. All of us must protect the church by hiring pastors using Biblical qualifications and listening when warnings come. Repentance and forgiveness are not parallel with restoration to ministry.

The church hasn’t made its final decision yet, but if they stick with Feltner without lifting a single finger to investigate the matter themselves, they’re sending a clear signal to the congregation: We don’t give a damn about your safety.

This isn’t some sort of persecution story. It’s a story of unchecked bad behavior that we shouldn’t forget just because a long time has passed. I don’t know what Feltner can do to make up for his actions — whether it’s a sincere apology, or finding a new line or work, or something else entirely — but he’s not doing anything right now. Which means this story won’t (and shouldn’t) disappear from the spotlight. 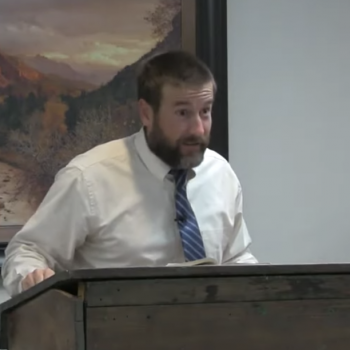 November 10, 2019 Pastor: Ron Reagan Said He Wasn't Afraid of Hell Because He Secretly Is!
Browse Our Archives
What Are Your Thoughts?leave a comment