Three Christians began preaching intolerance and bigotry on the campus of Eastern Washington University yesterday, but their rhetoric escalated into alleged assault after one of them was arrested.

The preachers have a First Amendment right to yell biblical bile regarding abortion and homosexuality, and students have the same right to push back against it. When that happened yesterday, the confrontation escalated to the point that police had to step in. One student was taken away in handcuffs but later released without any charges. 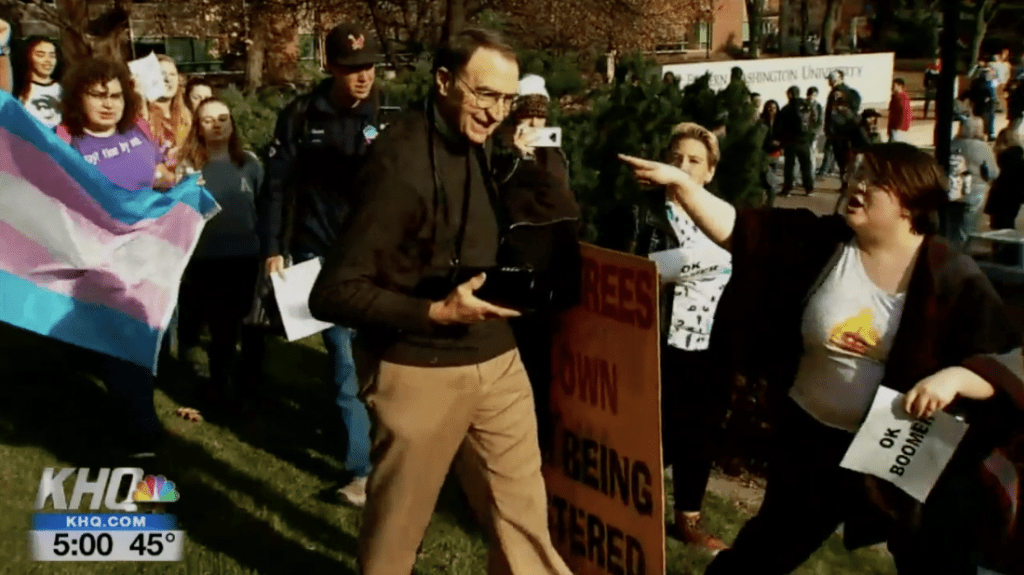 There were lots of students responding to the Christians with an “OK, Boomer” sign, which is my favorite use of the meme so far:

One of the preachers, however, now has a police record.

In an email, EWU spokesman Dave Meany said one of the preachers, Thomas R. Meyer, “was arrested for spitting on a student and spanking another on the buttocks.”

Police did not take Meyer to jail but recommended a charge of fourth-degree assault.

Even Westboro Baptist Church just holds up signs. If your faith-based hate speech involves you assaulting two students, you’re not cut out to be a Bible-pusher, and you shouldn’t be allowed on a college campus.

(Screenshot via KHQ. Thanks to Brian for the link) 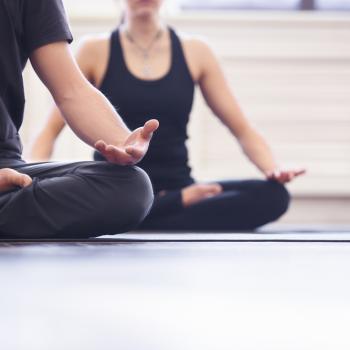