After four years in power, Matt Bevin, the governor of Kentucky who never missed an opportunity to promote conservative Christianity while on the clock, has been defeated. A Republican with Donald Trump‘s full endorsement just lost the state of Kentucky. 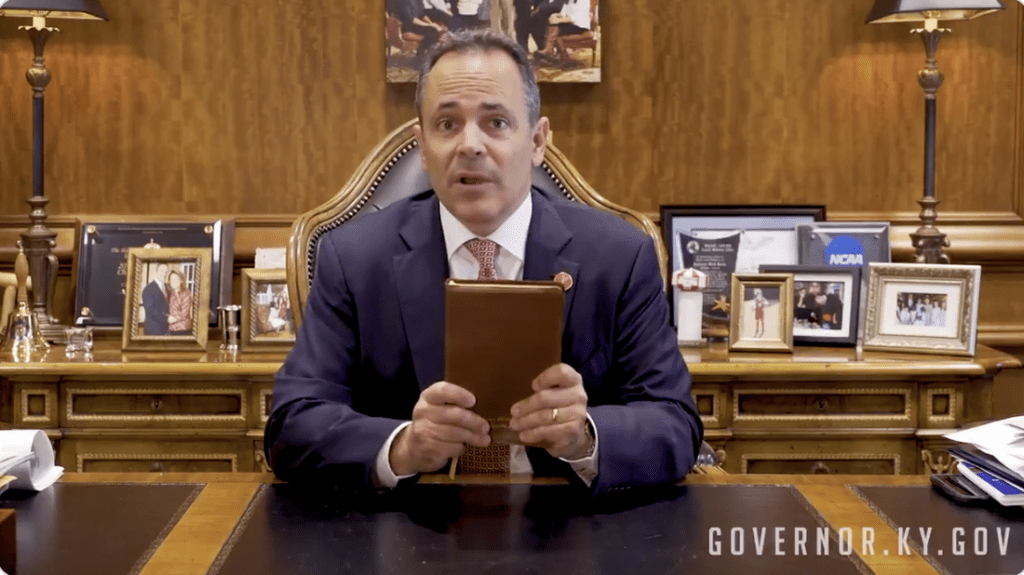 Over the years, Bevin has been one disaster after another on matters of church/state separation (in addition to everything else). He has said that faith-based foster homes that receive taxpayer funding should be allowed to proselytize to children in their care, said prayer could prevent violence, responded to a mass shooting by declaring a day of prayer, proclaimed it the “Year of the Bible” in 2017, blamed the violence in Charlottesville on a lack of forced Christianity in public schools, repeatedly encouraged kids to bring bibles to school, gave away a state park to a church for free, and called county clerk Kim Davis an “inspiration” for violating the law.

He’s a fan of Ark Encounter and didn’t appeal a judge’s decision to give a tourism-related tax rebate worth around $18 million over ten years to Ken Ham‘s ministry even though they were discriminating in hiring.

Just a couple of weeks ago, he invited Christian leaders to his mansion for a prayer rally before the election.

After all that, Jesus has answered his prayers with a resounding “No.” Maybe God just preferred Democrat Andy Beshear, who serves as a deacon at his church. That guy walks the walk while Bevin uses his faith as a weapon and pandering tool.

Good riddance to an unpopular governor who made the lives of Kentucky residents worse if they didn’t share his personal brand of mythology. 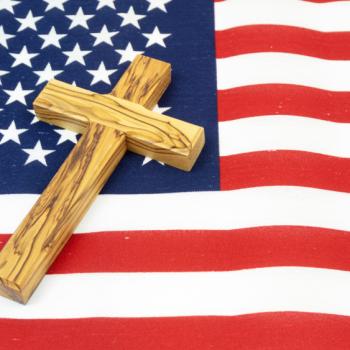 November 5, 2019
The Supreme Court Has Paved the Way for Christian Nationalism to Thrive
Next Post

November 6, 2019 Atheist Wins Re-Election to New Jersey General Assembly (Again)
Browse Our Archives
What Are Your Thoughts?leave a comment