E.W. Jackson: Virginia’s Elections Are a Matter of “Life or Death” for Churches November 5, 2019 Megan H

E.W. Jackson: Virginia’s Elections Are a Matter of “Life or Death” for Churches

Evangelical preacher E.W. Jackson, who said earlier this year that Democrat Pete Buttigieg wanted to turn the nation into a “homocracy,” is spreading the religion of homophobia once again. This time, he’s calling on Christians in Virginia, where statewide elections are taking place today, to block liberals from taking majorities in the legislature… before it’s too late.

He argued that if Democrats win, the sky would fall for Christians everywhere.

“I’m urging every Christian, every conservative, every person in this commonwealth with common sense to treat Nov. 5 like D-Day, because it is,” Jackson said. “If Democrats take over the legislature, they will make Virginia like California. Public schools will teach kindergarten children about homosexuality and transgenderism. The Equal Rights Amendment will make every imaginable perversion a constitutionally protected right.”

In his distorted worldview, invading Normandy and liberalizing northwestern Europe from Nazi occupation is just as courageous as… stopping LGBTQ people from having civil rights.

He went on to spread a myth about a 7-year-old child who’s currently at the center of an unusual custody battle:

“Could you have imagined even a few years ago that a 7-year-old boy would be injected with puberty-blocking drugs and transition hormones to prepare him for castration?” he asks. “That’s the brave new world Democrats want to give the Commonwealth of Virginia and the country.”

In fact, the child in question isn’t receiving any surgery or hormones. Even if that were happening, children’s medical decisions should be up to their doctors and parents, not a hysterical Christian and his followers.

Jackson has called the Democrats are “the party of the devil” and said he would “really need the grace of God” not to beat a gay person “into the ground” if they approached one of his kids. He’s an unstable man whose hatred of the gay community runs so deep that he uses the cheapest shots he can dig up.

Then he went even further, saying that the election was a matter of “life or death” for the church. As if a Democratic victory would mean the end of churches forever.

“Churches and pastors will be sued or otherwise punished for refusing to perform same-sex ceremonies,” Jackson warned. “This is life or death for your church.”

“The Democrat party has betrayed Virginia and betrayed America,” he said. “Let’s give the founding fathers from Virginia a reason to rejoice when they look down from Heaven on Nov. 6 and see that Virginia remains free from the 21st-century socialist slave masters. Vote Republican on Nov. 5.”

Huh. Somehow, all those churches survived eight years of President Obama — and the current Democratic Governor Ralph Northam — but one statewide election and they’re going to be gone?

Churches are weaker than we thought. 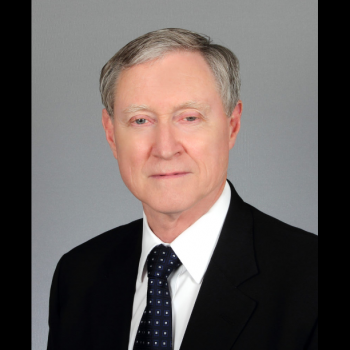 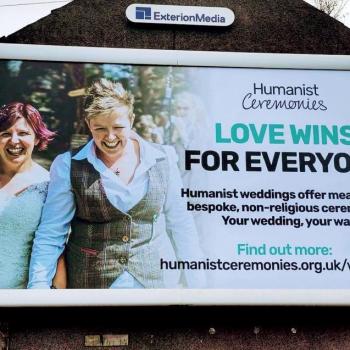