Ex-“Purity” Advocate Joshua Harris: “I Excommunicated Myself” from the Church November 4, 2019 Hemant Mehta

Ex-“Purity” Advocate Joshua Harris: “I Excommunicated Myself” from the Church

Over the course of about a week back in July, Joshua Harris, the author of the 1997 pro-abstinence, pro-“courtship” book I Kissed Dating Goodbye announced that he and his wife were separating after nearly 20 years together and that he was no longer a Christian. He even showed up at a Pride parade the next month.

Since that blitz of attention, Harris has kept a relatively low profile while plenty of his former endorsers became critics. After all, this was one of the more notable defections from evangelical Christianity.

Last night, in his first formal interview since the revelations, Harris spoke with Axios on HBO and told Mike Allen, “I excommunicated myself.”

“If you’re not living according to the teaching of the Bible, and you’re living in unrepentant sin, then you have to be put out of the church,” Harris told “Axios on HBO” during an interview near his home in Vancouver, British Columbia. “I excommunicated myself, essentially.”

Harris also admitted (once again) that he was sorry for the harmful things he wrote in his books, but that “you can’t give people [back] years of their life.”

While he didn’t use the word “atheist” to describe himself, he said there was a quotation he deeply connected to: “I don’t believe in God, but I miss Him.” It’s a sentiment a lot of ex-believers can relate to. You miss the comfort of religion until you realize false comfort isn’t actually helpful.

It’s hard to forgive someone who inadvertently caused so much harm to so many people. But the question remains the same as it was months earlier: What’s he going to do to undo that damage? Will he be a vocal advocate for comprehensive sex education? Will he be a true ally for the LGBTQ community? Will he use his prior standing in evangelical Christianity to preach a different kind of message — and will anyone be brave enough to give him a platform?

For now, he’s started a company to “help businesses tell their stories.” It’s a living. But avoiding the issue isn’t addressing the issue. So he still has ways to go.

It’s hard to give him credit for a national TV interview when it’s only been a couple of months, and Harris doesn’t have much to show for it when it comes to atonement. It’s arguably too soon. I want to hear him talk after he’s taken concrete steps to remedy some of the harm he caused.

November 3, 2019
Please Support the Work I Do Through This Site
Next Post 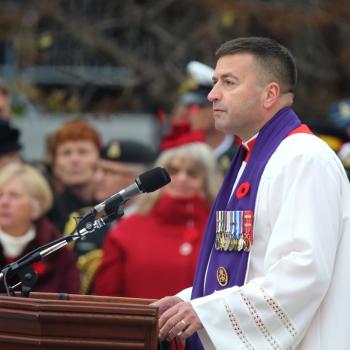