The province of Aceh in Indonesia is so hell-bent on Sharia law that people can be punished for drinking alcohol, engaging in same-sex acts, and having sex outside of marriage. One of the groups that helped draft those laws and now oversees their implementation across the province is the Aceh Ulema Council (abbreviated MPU in their language). Mukhlis bin Muhammad is one of the MPU’s members.

And guess who just got caught with a woman who isn’t his wife…? 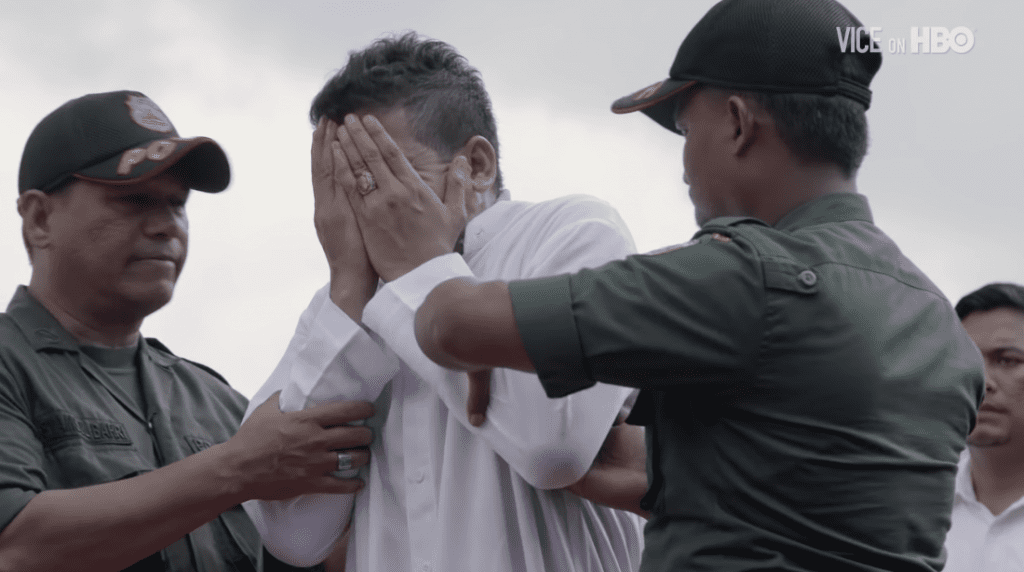 According to local news reports, which were picked up by global outlets, Mukhlis was caught with another woman, then punished with a public flogging that included 28 lashes with a cane.

“This is God’s law. Anyone must be flogged if proven guilty, even if he is a member of the MPU,” Husaini Wahab, the deputy mayor of Aceh Besar district, where Mukhlis lives, told BBC News Indonesia.

The couple were caught by officials in September, apparently in a car parked near a tourist beach.

The caning happened on Thursday. Mr Husaini added that Mukhlis would be expelled from the MPU.

Add this to a long list of things radical Muslims have in common with conservative Christians: Their leaders can always be counted on to be hypocrites.

As tempting as it may be to feel schadenfreude here, the punishment is absurd. No one deserves to be physically beaten for a crime. The threat of it, obviously, isn’t a deterrent. But better that it happened to the guy who helped write the law than someone who’s merely subject to it.

(Screenshot via YouTube. Thanks to Donna for the link)

November 1, 2019
Why is Trump's “Spiritual Adviser” Paula White Joining the Administration?
Next Post

November 1, 2019 PA Lawmakers Spent $1.1 Million in Taxpayer Money to Block Atheist Invocations
Browse Our Archives
What Are Your Thoughts?leave a comment