A billboard that just went up in Knoxville, Tennessee warns people that “God & Government [are] a Dangerous Mix.” 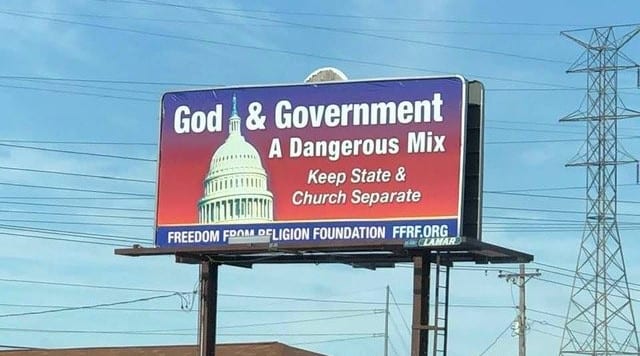 It’s sponsored by the East Tennessee Chapter of the Freedom From Religion Foundation:

“There is a healthy amount of Christian privilege on display in East Tennessee,” [President Aleta Ledendecker] says. “The local chapter of FFRF felt that it was time to let those who might be in the closet know that they are not alone in wanting separation of state and church. Keeping religion out of government is what our Constitution mandates, and it protects us from becoming a theocracy.”

This is all very relevant in a state teeming with Republican lawmakers, where the governor sold tickets to a pre-inaugural worship service, where the legislature passed a useless “In God We Trust” bill, and where one legislator’s staffer was discovered to be a Christian conspiracy theorist.

Already, one news station quoted a citizen who found the billboard “disturbing” — as if the sign is problematic but a theocracy is just fine.

The billboard will be up for a month. 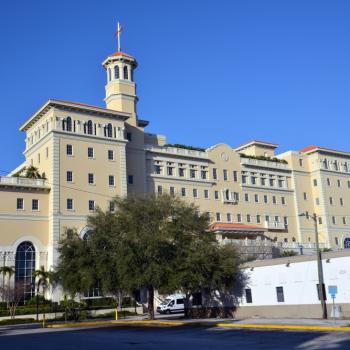 November 1, 2019
Church of Scientology Taking over a Florida City Faster Than Anyone Thought
Next Post 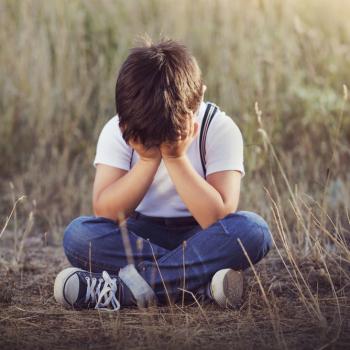 November 2, 2019 Trump Admin Will Let Taxpayer-Funded Adoption Agencies Reject LGBTQ Parents
Browse Our Archives
What Are Your Thoughts?leave a comment