There was a great deal of backlash from women on social media in response to Pastor John MacArthur saying Bible study teacher Beth Moore needed to “go home” — his shorthand way of saying she shouldn’t be preaching the Bible since she’s a woman.

But the outrage was focused on only one segment of the recording. Women — white women, in particular — should also be outraged by what came next, which isn’t getting nearly the same amount of coverage. 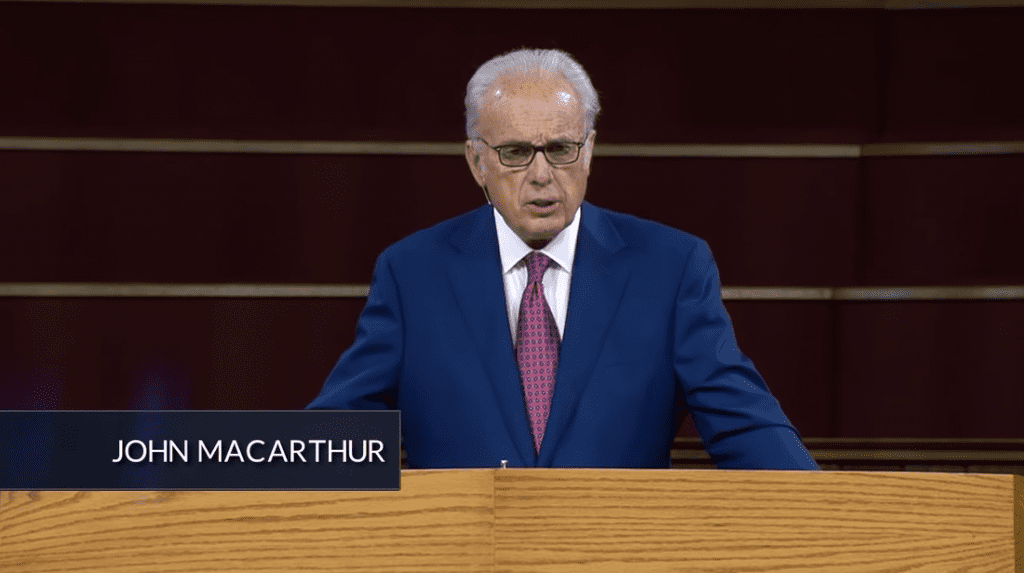 Rozella Haydée White, writing for Religion News Service, notes that MacArthur also nixed the idea of a more diverse group of people joining Southern Baptist Bible translation committees. Rather than agreeing to a resolution that said women, Latinos, and African Americans must be included in the group that decides what the Bible intends to convey — like if gender-neutral language is more appropriate in a given passage — MacArthur implied that the standard group of mostly white men were just fine as is.

White says that many Christian women rightly expressed outrage in defense of Moore, but they weren’t nearly as vocal in defense of the inclusion of non-white people on a powerful Christian committee. (It’s possible that they were only aware of the Moore audio, and that they didn’t purposely ignore this comment from MacArthur, but that’s White’s point. MacArthur’s other offensive comment flew under the radar.)

Women who registered outrage only on behalf of Beth Moore did what white women have been doing for centuries: took the part that impacted them most and left their Black sisters in the struggle to fend for ourselves.

This is a glaring sign of privilege — turning away from that which you don’t want to hear and only taking up arms for that which impacts you immediately.

Whether intentional or not, this is one of the most common ways that American evangelicalism perpetuates marginalization of black Christians. Most women reacted as they did to the comments about Moore because she is well-known and respected; women of color are lesser known, and therefore the outrage isn’t nearly as strong.

Still, the fact that MacArthur revealed himself to be a misogynist and uninterested in hearing the voices of non-white men should be remembered any time he is recommended as an authority.

November 1, 2019 Why is Trump's “Spiritual Adviser” Paula White Joining the Administration?
Browse Our Archives
What Are Your Thoughts?leave a comment