Every Christian church in the country should be able to answer a few basic questions: Is homosexuality a sin? Are married gay people allowed to be members? Can women be preachers?

Those are hot-button issues among the broader spectrum of Christians, but the point is that most churches have firm positions on all of them. Yet those positions are rarely advertised. It’s not like you’ll find those answers on their websites. (They’ll say “We love everyone”… but the fine print says something else.)

Why avoid the truth? Because if a church is open about being anti-gay, it could be a dealbreaker for some new members. Pastors would rather bring LGBTQ people into the fold, then spring all the bigotry on them later on, even if that takes a couple of years.

It’s really just cruel. By the time some people find out just how horrible these churches are, their entire life could be mixed in with the church. Walking away would leave them without any kind of social safety net. The cruelty is the point. It’s a way for the churches to suck you in to the point where you can’t leave even if you wanted to.

In 2017, a group of Christians launched a website called Church Clarity in order to fix this problem. Unlike some groups that fight against bigotry, these Christians were fighting against ambiguity. They wanted to make it easier for Christians to know where churches stood on issues like homosexuality so they could make informed decisions about where to go. 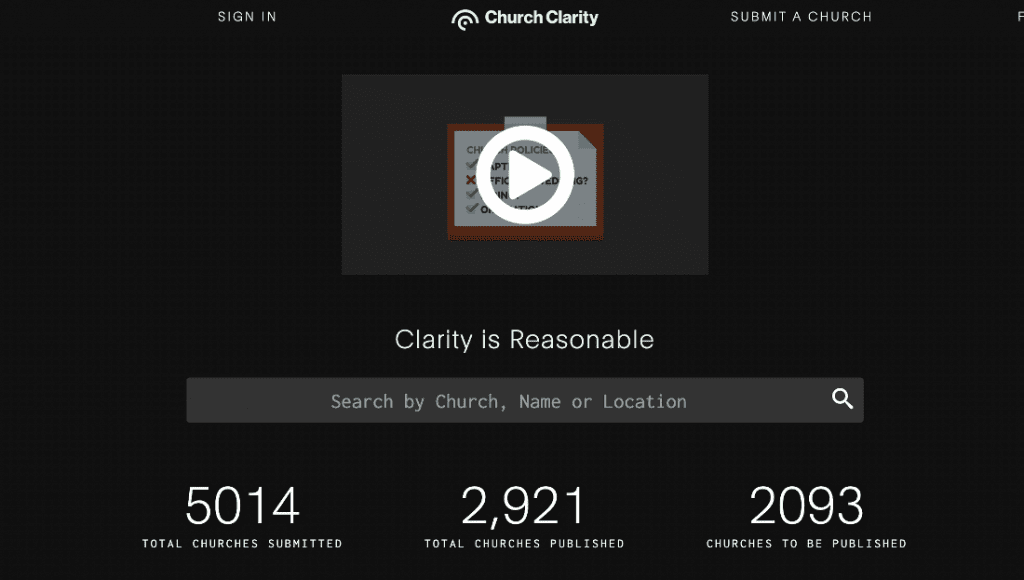 For example: Pastor Rick Warren runs Saddleback Church in California, one of the largest churches in the country. But Saddleback is rated “Unclear: Non-Affirming” on Church Clarity. That means Saddleback is anti-gay in the sense that they oppose same-sex marriage and wouldn’t hire an openly gay pastor… but they don’t say any of this on their website.

Ideally, churches would be labeled “Clear,” whether they’re “Affirming” or “Non-Affirming.”

This isn’t about shaming anti-gay churches (not that there’s anything wrong with that). This is about publicizing information that churches have private answers to already. This is about honesty.

Or to put it another way: This is about making sure churches don’t get credit for positions they don’t hold. Saddleback doesn’t deserve to be treated as welcoming and loving when their (hidden) policies are anything but that.

There’s no “penalty” on the site for being anti-gay. Nor does it look “bad” (to a casual observer) if a church is still openly deciding how to handle this issue. This is about compiling information that churches should be open about.

You know who hates it? Alliance Defending Freedom, the conservative legal group, which published an article earlier this month condemning the site. Because if there’s one thing conservatives hate, it’s honesty.

In reality, ChurchClarity.com is a smear campaign, and it provides a list of churches for our opponents like ACLU to target with lawsuits.

In a culture that is increasingly hostile toward long-held Christian views about the distinction of the sexes and marriage, this list is highly problematic because it can be used to punish Christian churches.

… it seems the intended outcome for ChurchClarity.com is not to end hurt or suffering. Its goal is to harm churches that operate on biblical principles.

To paraphrase all that, Church Clarity organizes public information… and that transparency infuriates conservatives who prefer to hide their bigotry.

It’s not a smear campaign to tell people what a church actually believes. The website isn’t making stuff up! And the ACLU has never gone after churches for their bigoted beliefs. They wouldn’t do that.

I asked Church Clarity’s executive director George Mekhail what he made of ADF’s complaint. His response was lengthy, but illuminating. They’ve been lightly edited for (ha) clarity.

The concerns about Church Clarity’s “real objective” raised by John Harding at ADF are puzzling and uninformed. Mr. Harding not only misunderstands the goal of Church Clarity, he also mischaracterizes the practical outworking of our mission. We are not curating a list of churches in order to highlight their theology or to label them based on their beliefs — rather, we are interested in how clearly they communicate their actively enforced polices. This is a significant difference that was irresponsibly omitted from the ADF analysis.

Our highest and best score — Verified Clear, includes churches across the theological spectrum. That means churches who actively enforce policies which include LGBTQ people & women at all levels of participation AND those churches who do not are eligible and have been scored Verified Clear.

Mr. Harding seems unaware that churches who, in his words, “operate on biblical principles” have been and will continue to be scored Verified Clear — and do so with gratitude and appreciation for our unique approach. This is the most important aspect of our mission: highlighting churches that are simply CLEAR regardless of the contents of their policies. Churches that desire to conceal their policies are not worried about lawsuits; they are worried about losses. They fear the misleading tactics will be revealed as hollow and [that they] will lose congregants to churches who actually lead with substance.

The fear and defensiveness expressed in the article is disappointing. Ironically, Mr. Harding’s review of Church Clarity only further fans the flames of division present throughout Christianity by manufacturing a non-existent legal concern and distracting from the real issue of harmful ambiguity.

Our crowdsourced database simply distinguishes between churches who are unwilling to disclose their policies and those who are agree that clarity is reasonable. It is a resource designed in a way that empowers people to understand what they are signing up for when selecting a church to attend. Rather than preemptively claiming persecution on behalf of his prospective clients, Mr. Harding might consider investing some more time actually understanding our mission or perhaps reaching out for a conversation.

Again, if ADF has a problem with Church Clarity, they really have a problem with honesty and transparency. It says a lot about the organization that those qualities are perceived as problematic. 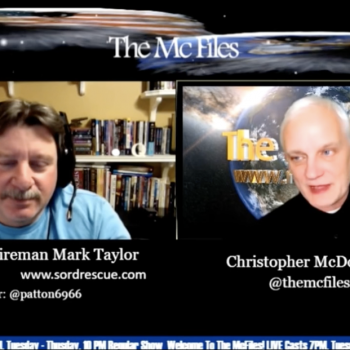 October 30, 2019
Christian TV Host: Hillary Clinton "Made a Covenant With the Evil One"
Next Post

October 30, 2019 Franklin Graham: Pastors Should Imitate Priest Who Denied Communion to Joe Biden
Browse Our Archives
What Are Your Thoughts?leave a comment