It’s well-known that Catholic schools will fire openly gay staffers if they are in a same-sex relationship. That violates Catholic dogma, and the Church has long insisted that teachers adhere to a strict faith-based contract.

Usually, the concern is the obvious hypocrisy that ensues when, for example, a single woman gets fired for being pregnant when (1) she chose to carry the pregnancy instead of getting an abortion and (2) the man, who has no visible signs of pregnancy, can remain undetected.

But what’s happening in the Archdiocese of Indiana goes even beyond that.

Kelley Fisher was a social worker at Roncalli High School, another Catholic school in the Archdiocese. She’s straight. But she voiced her support for two lesbian co-workers who had been fired in a similar way.

Because of that, she’s now out of a job. 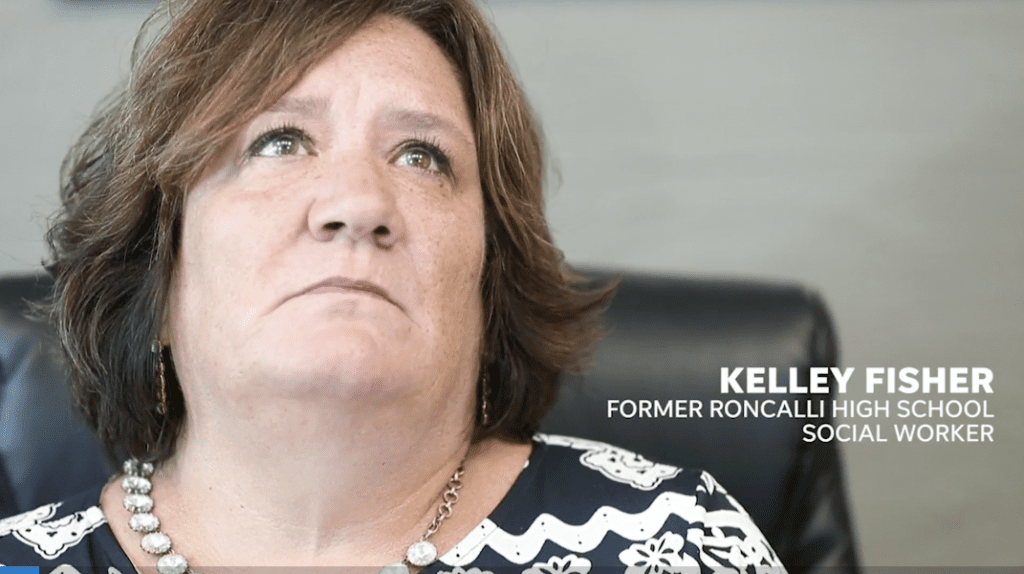 Though Fisher worked at Roncalli, she was an employee of Catholic Charities, which is part of the archdiocese and is contracted by schools to place social workers in them. Fisher alleges she was told by Archbishop Charles Thompson that if she publicly supported [Shelly] Fitzgerald or [Lynn] Starkey, she’d be going against the Catholic church.

If going against the Catholic Church meant getting dismissed by the Church, then the pews would be much, much emptier. 57% of Catholics support marriage equality.

It’s not surprising that someone who made Facebook posts in defense of the lesbian couple was seen as violating the school’s rules. But it’s not like she’s alone. Plenty of Catholics, and presumably plenty of staffers, agree with her. For many of the staffers, though, it’s better to keep quiet and get the paycheck than speak out and lose a job.

If the Catholic Church is now purging itself of staffers who don’t personally violate Catholic dogma, but who speak out against bad policies, it’s about to lose a lot of staff members.

Fisher filed a complaint earlier this year with the Equal Employment Opportunity Commission. All three fired staffers have also filed lawsuits against the Archdiocese claiming that it violated anti-discrimination laws. The two other counselors say they were treated differently from straight employees who violate Catholic dogma in other ways. Fisher also points out that she’s a social worker, not a minister, and it’s her job to speak out on behalf of the vulnerable.

In other words, she says she was fired for doing her job properly.

Whether that tactic will work is up for debate. As a private institution, Catholic schools reserve the right to fire at will anyone who does not uphold their doctrine, and courts have generally dismissed attempts to fight back against these kinds of dismissals.

Ultimately, it’s the students who will suffer. LGBTQ students have lost yet another advocate and students who had formed a connection with Fisher no longer have her as an adult they can trust. The Church is usually unconcerned about how these firings affect the kids.

It’s unclear what Fisher will do from here. Perhaps her skills will be welcomed at a public school. 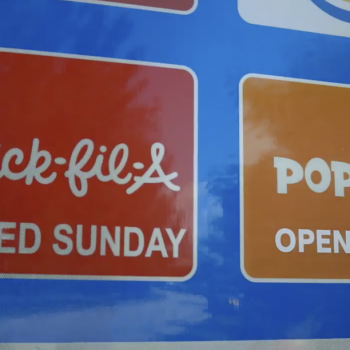 October 29, 2019
Popeyes' Chicken Sandwich Will Return on Sunday (When Chick-fil-A is Closed)
Next Post 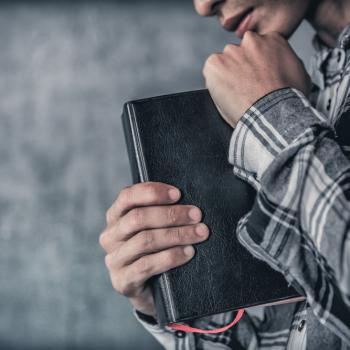 October 29, 2019 Most Christians Are Better Than Christianity: A Response to Nicholas Kristof
Browse Our Archives
What Are Your Thoughts?leave a comment