The restaurant chain Popeyes is using an especially clever trick to troll Chick-fil-A and its infamously anti-LGBTQ owner by offering its own mega-popular chicken sandwich… beginning this Sunday.

As customers would know, that’s the day when Chick-fil-A is closed.

Popeyes tweeted the news yesterday along with a video showing signs from the two chains right next to each. Chick-fil-A’s sign says it’s closed on Sundays. So naturally, Popeyes responds in kind.

Y’all…the sandwich is back Sunday, November 3rd. Then every day. �� pic.twitter.com/JDxyCIv0zz

When Popeyes introduced the sandwich in August, it could barely keep up with the demand, running out within weeks. In fact, it was one of the most profitable quarters the chain had in years. This time around, says Bloomberg, plans are in the works to carry enough supply and hire enough staff to sell the sandwiches.

The advertisement is hardly a jab at Christians; it’s more of a playful poke that comes with a potential competitive advantage. (As we’ve posted before, most Chick-fil-A locations tend to make more money in six days than other chains do in seven. Their Sundays-off policy originates with the founder’s Christian beliefs.) The company has not yet responded to the video.

Now if only the founder of Popeyes was an atheist, we could have an all-out culture war… but there’s no evidence of that. In fact, the founder was known for putting up Christmas lights in his hometown.

October 29, 2019
Pastor Who Faced Life in Prison for Alleged Child Sex Abuse Kills Himself
Next Post 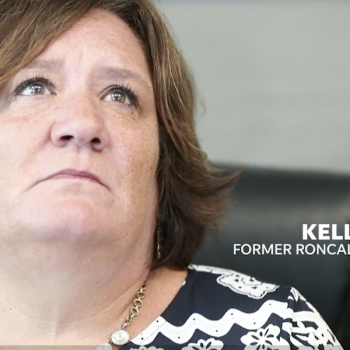