Pastor Rick Joyner: Everything in the Constitution Comes from the Bible October 28, 2019 Hemant Mehta

Pastor Rick Joyner: Everything in the Constitution Comes from the Bible

Right-wing pastor Rick Joyner, the head of MorningStar Ministries, insists that everything — literally everything — that’s in the Constitution and the Bill of Rights comes directly from the Bible.

So a democracy founded on religious freedom is really a theocracy in disguise.

“Believe it or not, everything in our Constitution and Bill of Rights is linked to a scripture or scriptures,” Joyner said. “All of it.”

Joyner then falsely claimed that the Founding Fathers even “wrote about how it was linked” in the Federalist Papers.

“They connect everything to scripture,” he said.

Joyner then went on to declare that [Christian pseudo-historian David] Barton is “one of the greatest historians alive today” and claim that Barton has “more original sources in his personal collection, I believe, than the Smithsonian does.”

This is how Christian revisionist history works. These people don’t actually read the Federalist Papers, much less the Constitution. They just hear a rumor from an unreliable source, then spread it like it’s true. (Which is the only thing about this that’s like the Bible.)

It would be something, though, if the whole idea of church/state separation came from the Bible. Maybe then it really would be a Good Book. 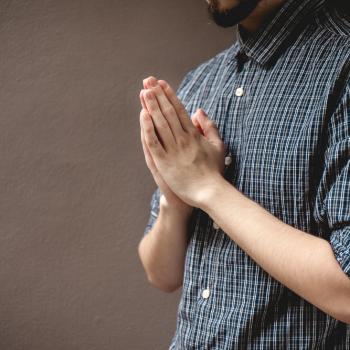