Whenever Pastor Robert Jeffress does an interview with Lou Dobbs on FOX Business Channel, you can expect a stream of Christian lies meant to satisfy a Christian audience. But Jeffress did something last night that’s especially egregious and it may have gone unnoticed.

At the very end of the interview, Dobbs asked Jeffress what evangelical support of Donald Trump looked like right now.

Look: 99% of evangelicals oppose President Trump being removed from office. They know this is nothing but a farce… This is a farce to overturn 2016 and try to steal the 2020 election at the same time. They know this is a spiritual battle, Lou, between good and evil, and evangelicals are not going to abandon this president in this impeachment farce. They are with him a hundred percent.

That’s not true. 99% of evangelicals do not oppose impeachment. You know how I know that? Because even the chyron underneath Jeffress told the truth.

A recent survey from PRRI — the one Jeffress was citing — found that 99% of (1) evangelicals who were (2) white (3) Republicans opposed impeachment. Not “evangelicals” alone, but a subset of a subset of evangelicals.

And those numbers were taken before impeachment proceedings began. All signs suggest that support for impeachment has gone up across the board ever since the House began its investigation.

It’s not surprising that even one of those groups would defend Trump in this process. The overlap of all three groups? Good luck finding a white evangelical Republican who doesn’t wear a MAGA hat.

But Jeffress lied on camera, intentionally or not. Perhaps knowing the sort of people who watch FOX News aren’t exactly prolific readers, he got away with saying virtually all evangelicals back Trump when that’s not the case at all. Black Protestants hate the guy. White Protestants are certainly not all fans. Democrats and people of color wanted him out of office before he was inaugurated.

To pretend that one large group of Christians is near unanimous in their adoration of their new Messiah — when it’s actually a small (but powerful) segment of Christians — is absolutely misleading. And Lou Dobbs, who isn’t a journalist, would never even think of calling him out on it. 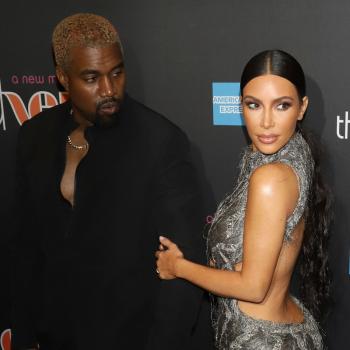 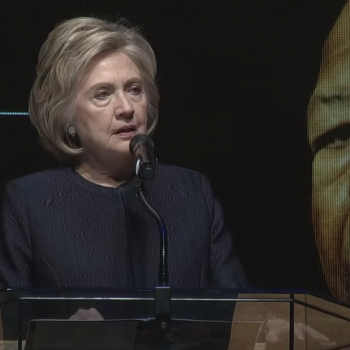