It’s a rare day when Republican Sen. Marco Rubio of Florida doesn’t air his religious views on Twitter through Bible verses. Many of his tweets reflect in one way or another on the events of the day, like when he commented last month just before Hurricane Dorian hit his state just after destroying the lives of thousands of people in the Bahamas.  While the tweet itself wasn’t particularly offensive, it’s difficult to believe people in the path of devastation took much comfort in it.

God is our refuge and our strength,an ever-present help in distress. Thus we do not fear, though earth be shaken and mountains quake to the depths of the sea,Though its waters rage and foam
and mountains totter at its surging.

But Wednesday, Rubio tweeted what was really a ham-fisted attempt at using religion as a weapon against Democrats while simultaneously defending Donald Trump during the impeachment inquiry.

Had not the LORD been with us when people rose against us,then they would have swallowed us alive,for their fury blazed against us.
Then the waters would have engulfed us,the torrent overwhelmed us;then seething water would have drowned us.

That tweet suggests Republicans are the real victims of the Democrats, who are out to persecute Christians. Rubio was much more explicit yesterday:

There’s only been ONE man EVER who was always right & deserves blind loyalty & his name was Jesus;

No matter what a Republican does the left will never be fair to them. What they want is Republicans who will douse themselves in kerosene & light a match.

For someone like Rubio, who’s been a Trump loyalist since the inauguration, at least based on his voting record, the idea that he only offers blind loyalty to Jesus is laughable. The entire conservative ecosystem is built on the notion that the Right, like Christians, are always under attack even when they have more power than anyone else.

Twitter users were quick to let Rubio know just how they felt about his Persecution complex.

most of the public: “please investigate the president’s crimes”

marco rubio: “WHY do you want US to SACRIFICE ourselves like the RISEN LORD” https://t.co/CSZLm9V2Co

b) The real problem is liberals are mean to us https://t.co/FhAmW0jc7Q

Hiding behind religion to excuse the mobster wannabe in the White House. The Republican party of the 21st century.

Stop using our Lord and Savior Jesus Christ, who was executed because of his willingness to stand up to state violence and for poor people, to justify your own cowardly weakness. https://t.co/DPuVugPeLD

That last response should really sting given that Rubio was raised as a Roman Catholic. When Catholics can claim the moral high ground over you on anything, you know you’ve screwed up.

The critics didn’t stop there, either.

In the long arc of history, @marcorubio will see that the way that Republicans doused themselves in kerosene and lit the match was not at the hands of the left but by their fealty to Trump.

I am working hard for that day and I hope you are too. https://t.co/aprMhLhXfq

You are so pathetic… and y'all doused yourselves in kerosene and lit a match long ago – when you fell in line behind, & then circled your wagons around, the immoral criminal racist traitor Donald Trump, the most patently unfit person to hold the office of president in history.

Too bad your party doesn’t practice what Jesus preached. The bigotry, the hate, the misogyny, the greed. “And Jesus wept” “ https://t.co/4uJtRmM3QZ

The modern Republican creed: we can’t turn on Trump because then liberals will win. https://t.co/pPFlG4jZYy

Not true senator. We only want you to uphold your oath of office rather than be a sycophant and enabler to an amoral authoritarian POTUS. You have frank crimes displayed in front of you and you keep talking about the emperor’s regalia.

Forman is right. Republicans are allowing Trump to escape accountability for his repeated acts of cruelty: genocide, rampant and nearly unchecked racism, and outright hate.

Rather than allowing Democrats to do their jobs and conduct a thorough investigation into Trump’s actions, these Republicans are aiding and abetting him. Shameful. 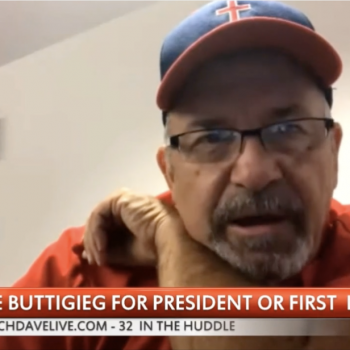