Rick Wiles: There Will Be “Violence in America” If Donald Trump Is Impeached October 24, 2019 Megan H

Rick Wiles: There Will Be “Violence in America” If Donald Trump Is Impeached

On his “TruNews” broadcast Wednesday, conspiracy theorist and anti-Semite Rick Wiles warned that Donald Trump‘s impeachment would be met with violence.

Wiles, who said in August that he needed $100 million to launch a global media platform and claimed just this month that Hillary Clinton looks good because she’s drinking a lot of blood, now says that Trump supporters who “know how to fight” will hunt down Democratic lawmakers and kill them if their Savior is impeached.

“If they take him out, there is going to be violence in America,” he said. “There are people in this country — veterans, cowboys, mountain men, guys that know how to fight — and they’re going to make a decision that the people that did this to Donald Trump are not going to get away with this and they’re going to hunt them down.”

Apparently those people will do anything to defend a racist misogynist who rains hell on immigrants, sabotages health care for Americans, and allows refugees to die. All because of Jesus.

“I’m serious,” he said. “If these people in Washington think that they are going to get away with it, it’s not going to happen. The Trump supporters are going to hunt them down. It’s going to happen and this country is going to be plunged into darkness and they brought it upon themselves because they won’t back off.”

So if the investigation of Trump’s illegal actions leads to any kind of punishment, then law-and-order Trump supporters will responds with… acts of violence? It’s not exactly a sign of sanity when your response to an investigation is to violently rebel. And yet Wiles says it’s Democrats who have “waged war” on Trump voters, so naturally, those voters have to respond with weapons.

“They are going to go on a rampage and you’re not going to be able to put it back in the bottle,” Wiles said.

Perhaps these guys need to be investigated, not the members of Congress asking questions to understand what Trump did behind closed doors.

October 24, 2019
Christian Writer: Impeachment Proceedings Will Lead to "the End of America"
Next Post 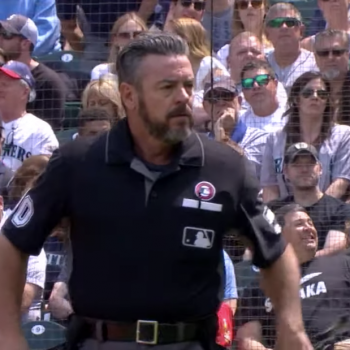