We know the number of non-religious Americans remains on the rise while the number of Protestants and Catholics continue dropping.

It leads to a fairly straightforward question: When will the “Nones” outnumber any single religious group?

Any answer is speculative, of course. You would have to assume the demographic trends continue as expected, and there’s no 9-11-like event again, and that religious groups won’t suddenly fix their problems and become super-popular again. Religion, like politics, can experience serious shifts in short amounts of time even if the trends appear to be heading in a certain direction.

But Professor Ryan P. Burge of Eastern Illinois University decided to speculate anyway. He used data from the 2018 General Social Survey, traced data from 1980 onward, and used statistical software to see what religion might look like a decade from now.

With all the caveats in mind, and the reality that future predictions obviously have higher rates of error, he looked at the more conservative end of the non-religious numbers and the more optimistic end of the religious ones. He wanted to know when the lines (even with error bars) stopped overlapping. 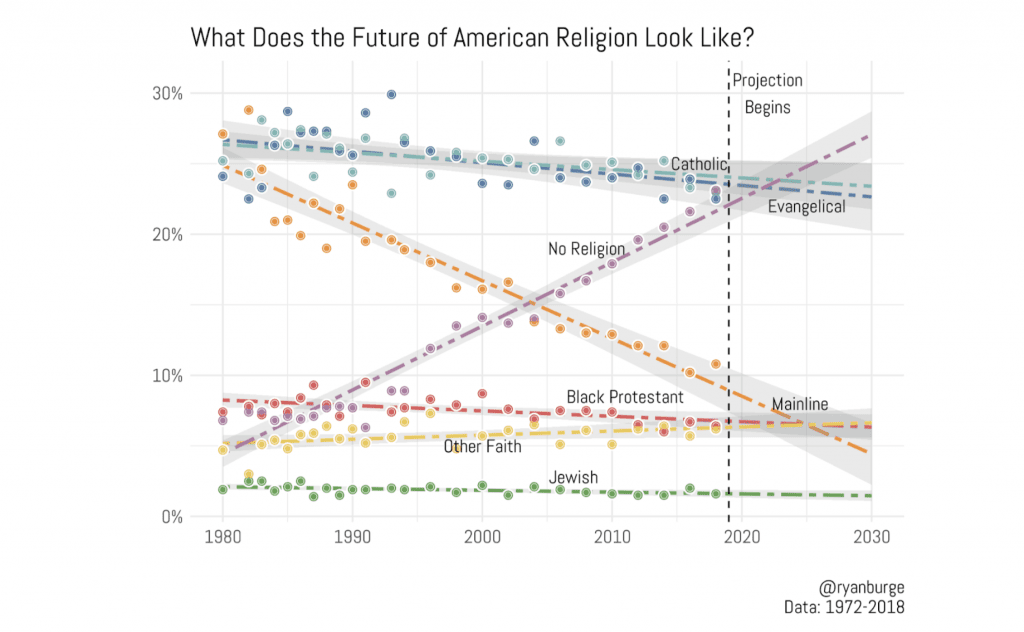 … when does the model say that the “nones” are going to be the largest religious group in America? That answer is in 2029. This is the year that if nones grow at the lowest path projected and Catholics grew at the highest path, the religiously unaffiliated would still be larger. The nones are estimated to be 27.1% of Americans in a decade. If the question is when they will be the largest group, irrespective of margin of error the answer is 2023 at 24.1%.

This is a fun statistical parlor game, but “winning” would only matter to me if it translated into political power. (How many open “Nones” will be in Congress in 2029? State legislatures?) You also have to wonder what would hasten this change and what might prevent it. For example, a popular president who doesn’t wear religion on her sleeve and speaks well of Secular Americans? More celebrities speaking out against religious bigotry? More self-inflicted child sex abuse scandals in churches? More young people who see no need for in-person community? All of that leads people away from churches. The rise of the Religious Left, on the other hand, could bring a lot of young people back to the pews.

So the chart is interesting to look at. But it can’t answer the more important questions of what it will mean in practice or how the trends might be disrupted. It might raise the blood pressure of some religious leaders, though, so at least there’s that. 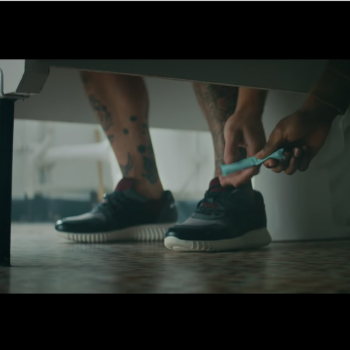 October 24, 2019 Christian Writer: Impeachment Proceedings Will Lead to "the End of America"
Browse Our Archives
What Are Your Thoughts?leave a comment