Pastor Who Voted for Trump in 2016 Now Prays for His Impeachment October 22, 2019 Beth Stoneburner

Just before the inauguration of Donald Trump, Rev. O’Neal Dozier of the Worldwide Christian Center in Florida gave an invocation in celebration of the new president, praising him in advance for all the amazing things he was going to do.

By December of that year, in 2017, Dozier was full of buyer’s remorse.

“I believe Donald Trump is mentally ill. I believe he is unfit for the presidency. I know these are strong words. But I have studied the man. This type of behavior doesn’t come from sane people,” Dozier said in an interview in which he also said the president has demonstrated “racist tendencies.”

Dozier is now praying for the impeachment of Trump. He said as much in an essay for the South Florida Times.

God has heard my prayers, the prayers of the righteous and the true patriotic Americans who love America and who want to maintain our republic and democracy. I have asked and begged God in my prayer closet to remove Donald Trump from the office of the Presidency of the United States of America, because of his unfitness to lead this nation that God loves so dearly.

Considering that 31% of white evangelicals admit that Trump can do absolutely nothing to lose their support, it’s nice to see one pastor pushing back and publicly admitting just how wrong he was.

Still, you have to wonder what took him so damn long. Trump made no secret about hiding his depravity from the moment his campaign was announced. Blatantly disregarding the Constitution is bad enough, but you would expect a pastor to be disturbed by Trump’s pre-election bragging about sexual assault, the endorsements from white supremacists, and the racist comments about Mexican immigrants. Dozier figured out in 2017 what Democrats (including most other black preachers) knew in 2015 and 2016.

But better late than never. (Better now than after November of 2020, anyway.)

For the sake of our democracy (or what’s left of it), maybe God can actually answer Dozier’s prayers this time around. 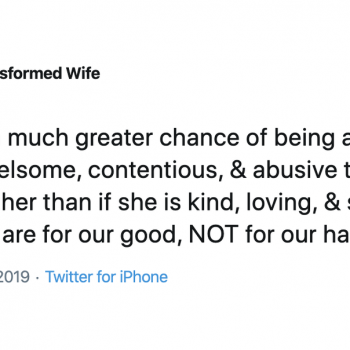 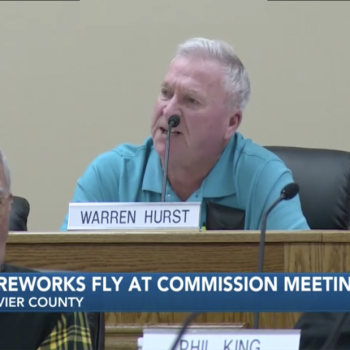