31% of White Evangelicals Say They’ll Support Trump No Matter What He Does October 21, 2019 Hemant Mehta

The researchers at the Public Religion Research Institute (PRRI) just released their 2019 American Values Survey, and there’s one graph in particular that says so much about the state of religion in this country. It concerns how various religious groups see Donald Trump: Do they like him? And could he do anything to change their minds?

It’s not surprising that white evangelicals overwhelmingly support him. They don’t care about — or are willing to overlook — his affairs, scandals, inhumanity, ignorance, racism, and blatant pandering. It’s also not a shock that non-religious people and Black Protestants mostly disapprove of him.

But look at the far ends of the bars. They represent whether those groups are open to changing their minds. 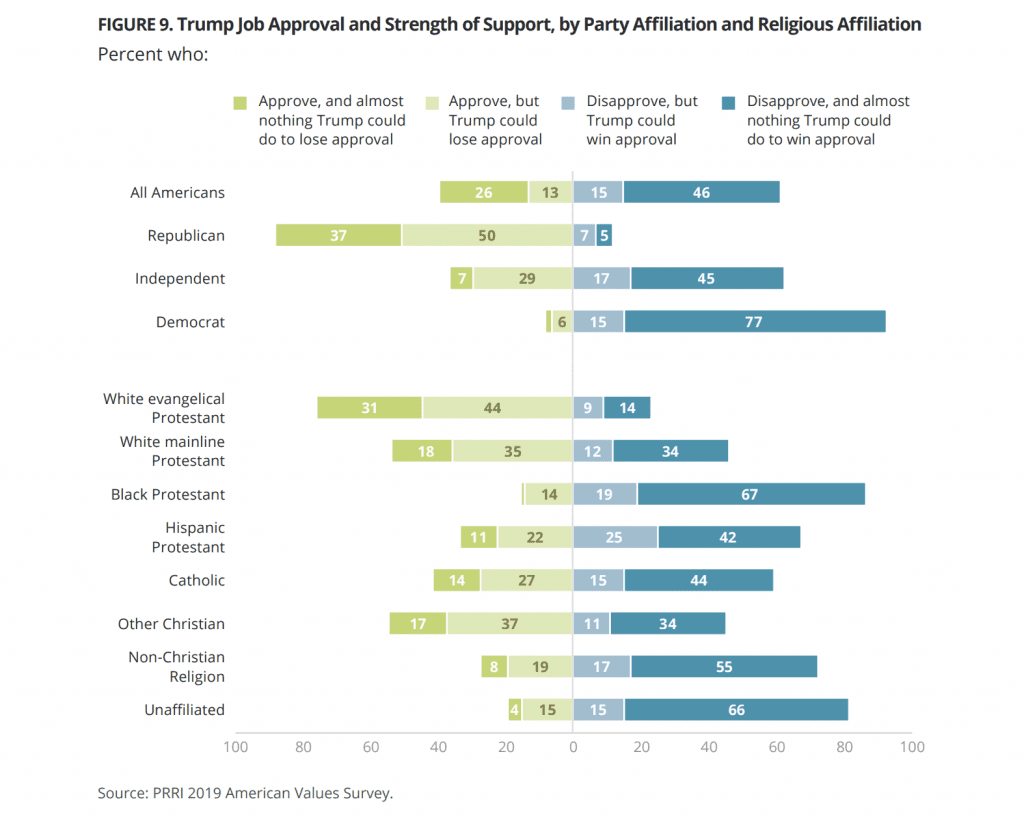 While 75% of white evangelicals approve of Trump’s performance in office, 31% of them say there’s literally nothing he could do to lose their support. He really could shoot someone on Fifth Avenue without it making a difference to his base.

Religiously unaffiliated Americans fall almost exactly in line with Black Protestants. We’ve seen enough to know he’s a disaster. Fewer than 20% of both groups support Trump — I suspect it’s even lower with atheists specifically — and virtually none think he’s redeemable at this point. After all, how do you undo three years of constant incompetence and cruelty?

It’s also a sign of why white and black evangelicals can’t be merged together if you’re looking for an accurate assessment of what Christians in America think about a particular issue. When it comes to social issues, Black Protestants are damn near interchangeable with the non-religious. White evangelicals are on the other side of both groups. No amount of Jesus Kumbaya will change that. As long as Trump feeds them anti-abortion judges, white evangelicals are willing to sacrifice everything else — and everyone else.

All of that plays out in another question, too: “Is Trump encouraging white supremacists?” The correct answer is yes. The white evangelical answer is “What? I can’t hear you. Who cares. Judges. Judges. Gimme more judges.” Check out, though, just how aligned Black Protestants are with the non-religious: 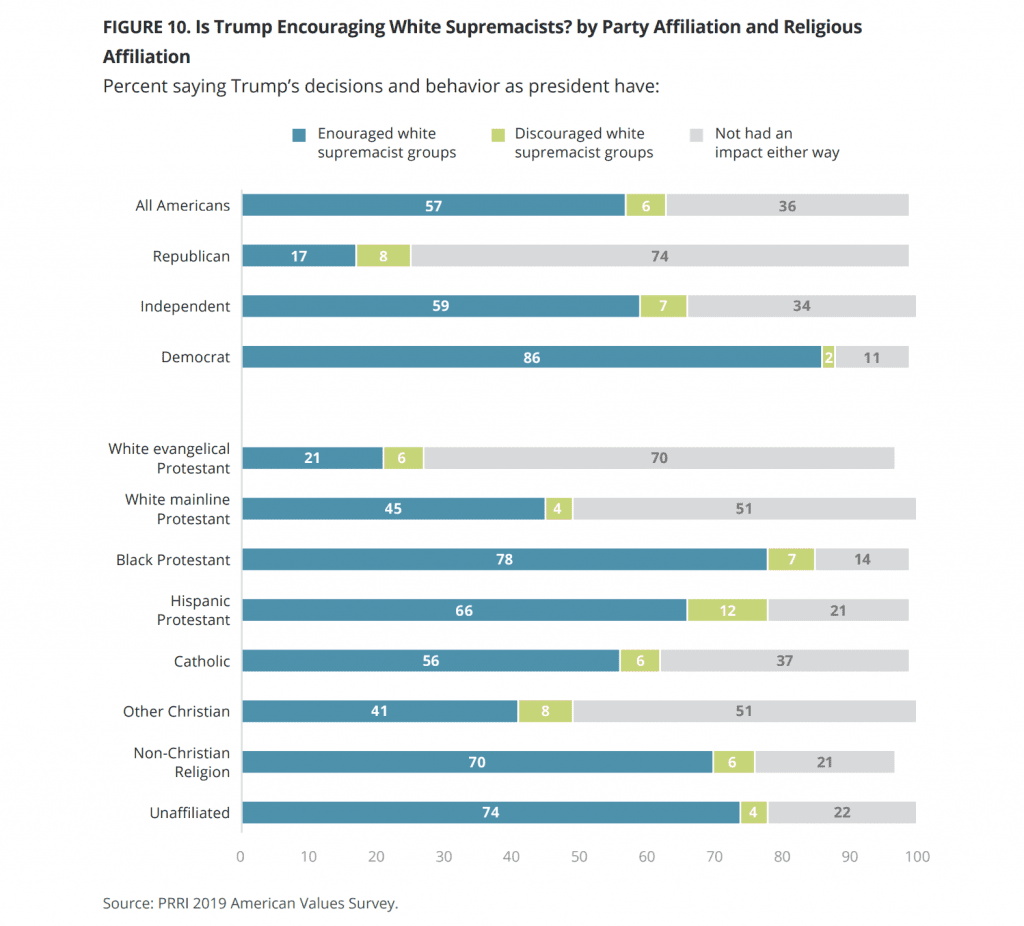 If there’s any good news here, it’s that Trump’s core of white evangelical supporters aren’t enough to win re-election. While they’re impervious to reason, other Americans are willing to accept the reality that Republican policies, mixed with a refusal by GOP officials to check Trump’s behavior, have hurt too many people. It’ll be up to the eventual Democratic nominee to use that information to get voters over to her side.

There was a time when I thought white evangelicals supported Trump because Mike Pence was his running mate, and he’s one of them. I was wrong about that. It’s obvious now that Pence’s Christianity was never as powerful a draw as Trump’s open bigotry. If Pence was booted from the ticket, I suspect very little would change for Trump in terms of his support from those same Christians. 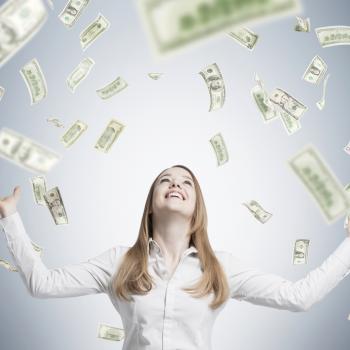 October 21, 2019
Christian Writer: God Gave Me the Winning Lottery Numbers But I Didn't Play Them
Next Post