An Ohio lawmaker has proposed legislation to fight back against groups like the Freedom From Religion Foundation that file lawsuits over government-sponsored advertisements for Christianity.

In other words, this lawmaker doesn’t give a damn about the law. 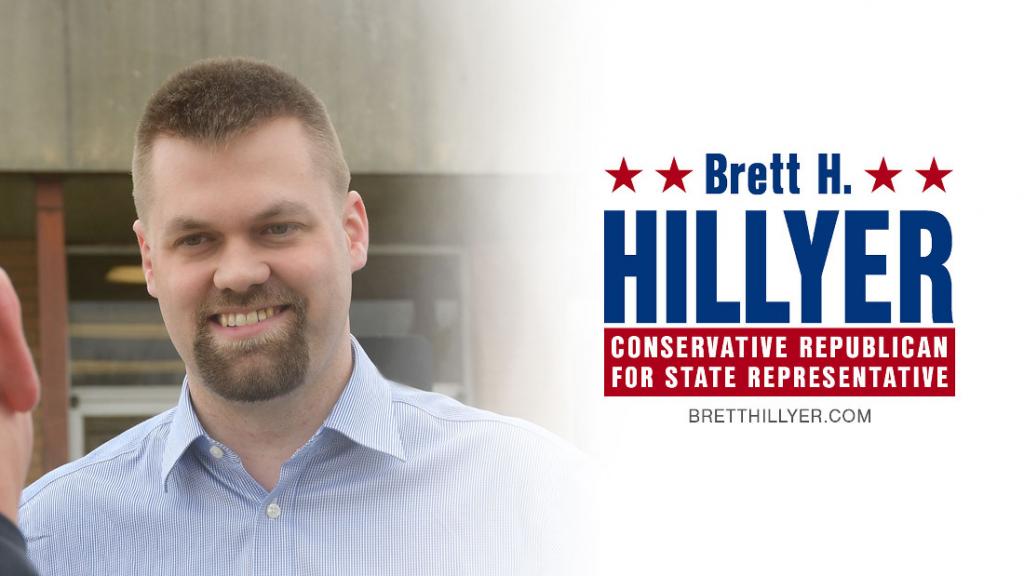 State Rep. Brett Hillyer, obviously a Republican, is angry because, in June, Welty Middle School in the city of New Philadelphia took down a Ten Commandments plaque that had been inside the auditorium for nearly a century. (Superintendent David Brand whined to the press about how FFRF used “local media to further the issue.” It was a weird way to say, “Thank you for helping our district avoid a costly lawsuit.”)

There was also the removal of a city-sponsored Nativity scene in Dover last December. Mayor Richard Homrighausen, just as ignorant as the rest of them, said to the media, “Yeah, they have a point, but it’s been that way for eons so just leave us alone.” Which, again, is a weird way to say thank you.

Now comes Hillyer with his plan: House Bill 370, a.k.a. The “Ohio Antiquities Act,” reads as follows:

… the attorney general may defend, or appoint and authorize special counsel to defend, the political subdivision in any action brought against the political subdivision for maintaining a historical symbol or monument on public property on the ground that maintaining the symbol or monument violates the establishment clause of the first amendment to the United States Constitution or an analogous provision of Section 7 of Article I, Ohio Constitution.

In English, he’s saying that if FFRF sues (or threatens to sue) a school district or city for maintaining a Christian symbol that violates the Establishment Clause, the state’s top lawyer (or a buddy) can serve as attorney in the case. That means the city or school district wouldn’t have to go hunting for their own lawyers, making it more likely they would fight such cases in court.

More to the point, though, Hillyer wants taxpayers to foot the bill in defense of these Christian displays that have routinely been declared unconstitutional.

Why is he doing that? Because he’s a Republican who’s perfectly willing to throw away other people’s money if it means conservative Christians will treat him like a hero.

Just listen to his idiotic defense of the bill, which boils down to one thing: FFRF isn’t from Ohio.

“It (the legislation) was spurred by the actions and activities in Dover and New Philadelphia,” he said. “We have out-of-state activist groups using the power of the courts and the perceived cost of litigation to erode local control.

“It’s important that we preserve our heritage — the good, the bad and the ugly. Let local people decide, not out-of-state activists.”

“Out-of-state groups should stick to their own state and leave us alone,” he said. “What to do with the Ten Commandments plaque should be left to the local community to decide.”

Hillyer — who attended law school but apparently didn’t pay attention in class — doesn’t understand that FFRF only writes warning letters to school districts and city officials if local residents alert them to the problems. If a lawsuit needs to be filed, a local plaintiff would be necessary.

The whole “FFRF is an out-of-state group” excuse is what conservative politicians say because they know the facts of the case aren’t on their side. Instead of trying to defend clearly illegal Christian displays, they’d rather attack an atheist bogeyman.

(By the way, conservative legal groups operate the exact same way. Hillyer, however, hasn’t complained one iota about them.)

Hillyer won his seat last November in a comfortably red district, though he won his GOP primary by a mere 12 votes (2,510 – 2,498). He can be beaten, and it would be ridiculously easy for a GOP competitor to just say he’s wasting taxpayer money on frivolous lawsuits, since that’s exactly what he’s doing.

This bill needs to die quickly. And Hillyer ought to apologize for even proposing it. Taxpayers shouldn’t suffer due to his incompetence and ignorance of the law.

(Thanks to Nate for the link) 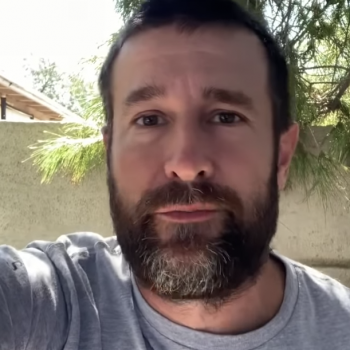 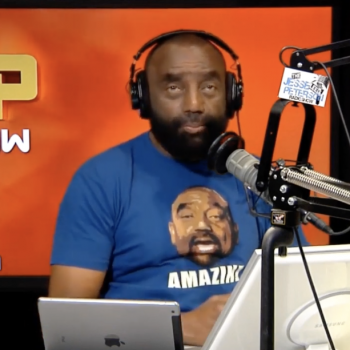 October 18, 2019 Jesse Lee Peterson: God Killed Elijah Cummings For Messing with Donald Trump
Browse Our Archives
What Are Your Thoughts?leave a comment