Rep. Elijah Cummings,, chair of the House Oversight and Reform Committee, a towering figure among Washington Democrats who was central to the impeachment investigation of Donald Trump, had been declared dead for only hours when right-wing radio host Jesse Lee Peterson came up with his own theory for how it happened.

His idea? The respected congressman was somehow taken out by God for going up against Trump, whom Peterson called the “Great White Hope.”

“He dead,” Peterson said. “That’s what happens when you mess with The Great White Hope. Don’t mess with God’s children.”

“Don’t mess with The Great White Hope,” he repeated. “You see what happens.”

Peterson seems to be in lockstep with fellow commentator and conspiracy theorist Chris McDonald who also claimed Cummings died because “God had had enough.” Peterson and McDonald can try to bamboozle people all they want but the fact is that Cummings had decades-long health problems that finally took their toll. It wasn’t a vengeful God that did him in.

While their desire to win points in the face of a sad death isn’t exactly new, it’s worth pointing out how it’s an echo of the way Trump had treated Cummings in the weeks leading up to his death. Trump repeatedly insulted Cummings in a series of tweets, calling him “racist” and a “brutal bully” who has “done a very poor job” representing his constituents. I can’t help but think this must have been galling for Cummings, who is considered by many to be an icon of the civil rights movement. (It’s likely that Trump’s seemingly gracious condolence yesterday wasn’t written by the man himself.)

Still, one positive tweet doesn’t undo the harm caused by a president who acts like he’s in a poorly written television show instead of running a country. And unlike Peterson, Cummings viewed faith as an inspiration, not a weapon. 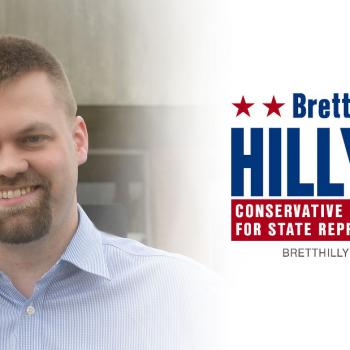 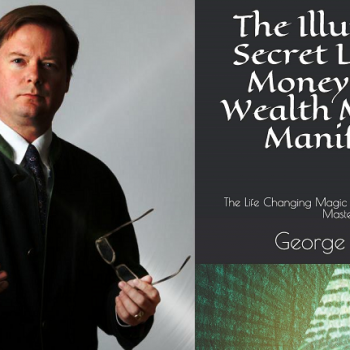 October 18, 2019 Trump Adds Author of Illuminati Books to “Presidential Scholars” Post
Browse Our Archives
What Are Your Thoughts?leave a comment