When the school year began in Georgia, the Pickens County School District put forward a bold and timely policy allowing all students to use the bathroom that best matches their gender identity.

But they have now decided to reverse that policy after “death threats, student harassment, and vandalism of school property” made them doubt their ability to keep students safe.

This announcement came after a tense school board meeting on Monday evening, where 600 local residents came to hear 50 concerned citizens testify on both sides of the issue. Much was made of the possibility of cisgender students being abused by a trans child, although the same parents seemed to show little concern for (the much greater likelihood of) trans students being singled out for abuse or harassment.

One local pastor even announced that the school was bullying the larger community by refusing to cave to the demands of the many adults who didn’t want transgender students treated the same as their cis classmates. Because if you don’t let the bullies bully, then you’re bullying the bullies. Something like that.

Nonetheless, Superintendent Carlton Wilson insisted that the District would follow the law established in the recent 11th Circuit court case establishing students’ right to use the bathroom corresponding with their gender.

That only changed due to the new safety concerns.

School board members, staff, and students have been threatened due to the administration’s implementation of Adams vs. St. John’s County School District. There have been death threats, student harassment, and vandalism of school property. The District understands and acknowledges that it has the responsibility to protect its staff and students. However, the District has concerns that it may not be able to meet these recently increased demands. Therefore, the District shall return to bathroom procedures in place at the beginning of the 2019-2020 school year until it can consult with law enforcement and other safety professionals so that these concerns may be addressed.

Prior to the District’s policy change, transgender students — of which the Pickens County District has several — were obliged to use gender-neutral staff restrooms. However, these are often not conveniently located, resulting in tardiness and lost learning time as children travel out of their way to use the facilities. Perhaps even more importantly, special arrangements for trans students single them out, communicating that they are different, that their gender comes with an asterisk, that it’s less valid than other students’ identities.

That’s a problem in any community, but it’s particularly concerning in one where even the adults apparently think threats and harassment are acceptable ways to address diversity in gender identity.

Wilson recounted some of the threatening messages in front of news cameras, including threats on social media that led to criminal charges, as well as vandalism and restroom graffiti linked to the controversy.

He expressed his regret at the response of many community members:

The way some called names has been embarrassing and disappointing to me, and that’s hard to get over. One of them said, ‘You know, situations like this brings out crazy people from both sides, and sometimes people die.’

Apparently “crazy people from both sides” encompasses both grown adults uttering death threats and literal children who just want to be able to use the bathroom at school without having their identity contested.

This will inevitably be seen as a “victory” for the Religious Right. But remember what that really means here: By threatening lives and damaging property, all because some students expressed a desire to use the right bathroom, conservatives were able to get the District to make those kids suffer even more. 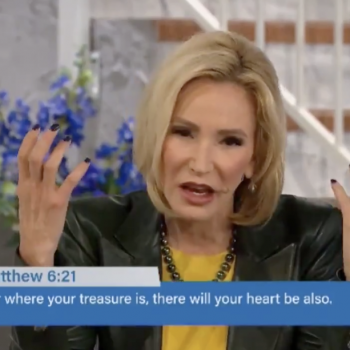 October 18, 2019
Trump’s Faith Adviser: You Are "Mandated by God" to Give Money to Jim Bakker
Next Post 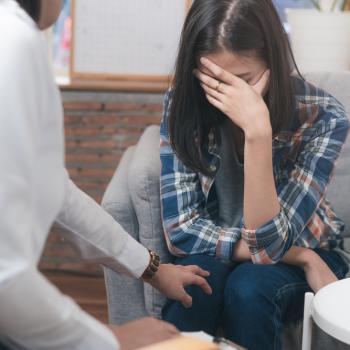