In 2007 and 2014, the Pew Research Center conducted a Religious Landscape Survey, arguably the largest, most comprehensive look at religion in the country. Each of them had more than 35,000 participants who answered questions about their beliefs in detail.

The big headline in 2015, when the information was released, was about how much Christianity (with all its labels) had declined in popularity since the previous survey — from 78.4% to 70.6% — while the “Unaffiliated” had risen from 16.1% of the population to 22.8%.

Another major study from Pew isn’t scheduled to come out for at least a few more years, if that, but today they’re releasing what I could call a midterm update. They have information they want to share and they don’t want to wait until 2022 or beyond to reveal it.

In short, Christianity is still declining — rapidly — while Secular Americans now make up more than a quarter of the population.

The data comes from a collection of political polls that included basic questions about religious affiliation and church attendance.

Just look at this glorious graph:

Christianity has dropped to roughly 65% of the population while the Unaffiliated stands at 26%. The largest denominations of Christianity are all falling while the various groups making up the “Nones” continue growing.

Both Protestantism and Catholicism are experiencing losses of population share. Currently, 43% of U.S. adults identify with Protestantism, down from 51% in 2009. And one-in-five adults (20%) are Catholic, down from 23% in 2009. Meanwhile, all subsets of the religiously unaffiliated population — a group also known as religious “nones” — have seen their numbers swell. Self-described atheists now account for 4% of U.S. adults, up modestly but significantly from 2% in 2009; agnostics make up 5% of U.S. adults, up from 3% a decade ago; and 17% of Americans now describe their religion as “nothing in particular,” up from 12% in 2009.

Don’t scoff at that 4%. It suggests that the raw number of people who call themselves “atheist” has virtually doubled from a decade ago.

In terms of raw numbers, there are approximately 68 million “Nones” in the U.S., a number that now beats out the 50 million Catholics. (Overall, roughly 167 million Americans fall under the “Christian” label.)

Regular church attendance has also fallen to below 50% for the first time in Pew’s counting. In 2014, roughly 50% of Americans attended church at least once a month. The other half went, at most, a few times a year, like during holidays such as Christmas and Easter. Now, 54% of Americans say they only go a few times a year at most. Regular attendees make up only 45% of the population. 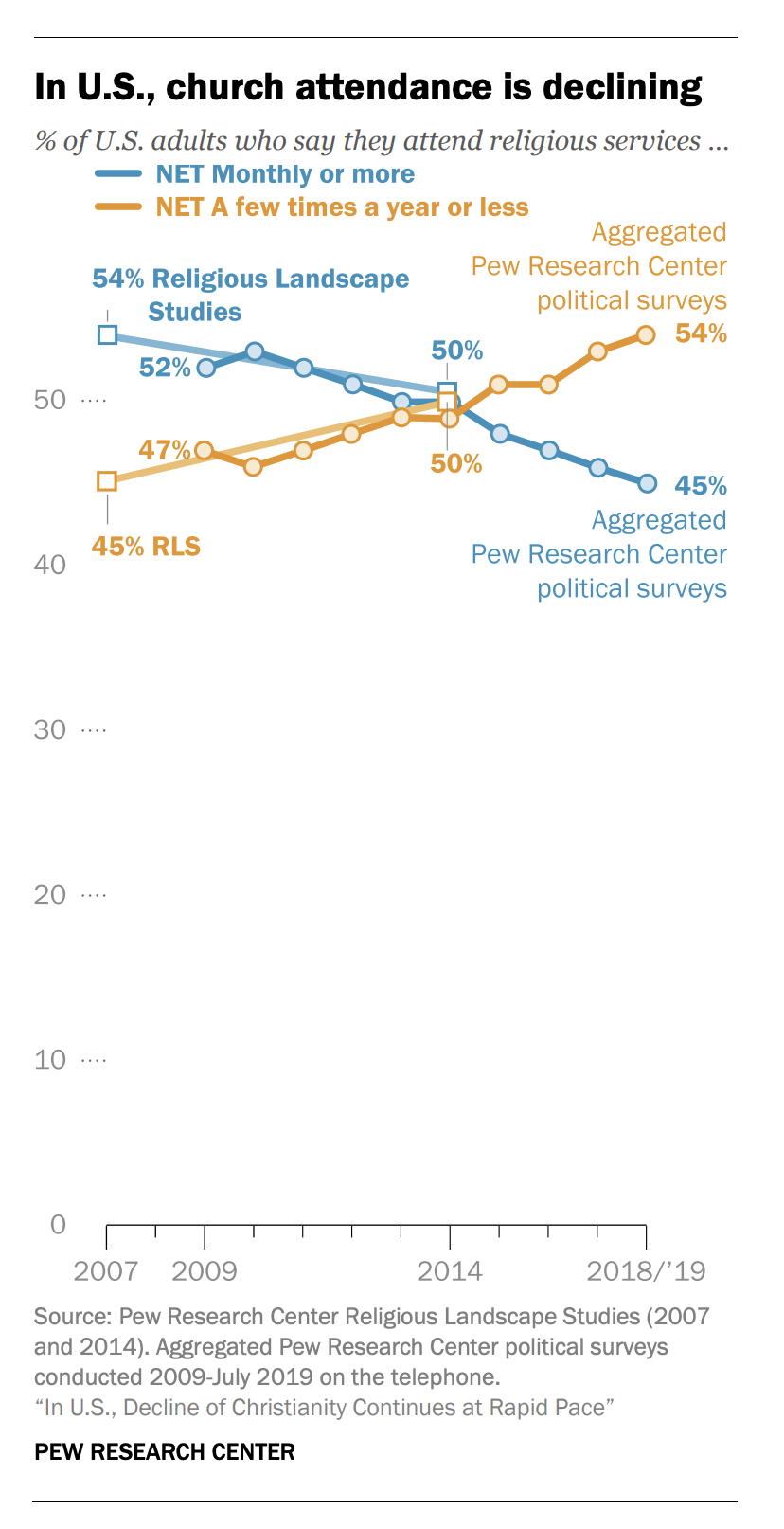 I wonder how much of that is just a trend of people “bowling alone” and losing interest in communities as a whole. But given all the sex scandals in the Catholic Church, Southern Baptist Convention, and white evangelical groups, maybe we shouldn’t be surprised that people no longer feel safe in those spaces.

It won’t surprise you that younger Americans (born between 1981 and 1996) have had the biggest shift away from religion since 2009 — 13 percentage points, compared to the 1 percent change for the Silent Generation (born 1928 to 1945). Only 35% of Millennials say they regularly attend church, while 64% only go a few times a year at most. 22% of them say they “never” go.

One last bit of interesting information: Among Republicans, 16% of people are religiously unaffiliated, up from 10% a decade ago. Among Democrats, Nones are now 34%.

While it might make sense for Republicans to play up their religious beliefs, Democrats should tread carefully. 55% of Democrats are Christian and the party will need many more votes than that to defeat Donald Trump and flip the seats of a handful of GOP senators next year. 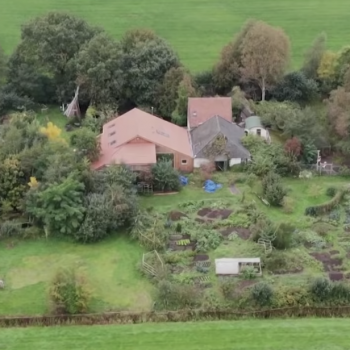 October 17, 2019
Dutch Family Found Hidden in Basement for 9 Years "Waiting for End of Time"
Next Post

October 17, 2019 Franklin Graham: Atheist Ron Reagan Better Be Afraid of Burning in Hell
Browse Our Archives
What Are Your Thoughts?leave a comment