During yesterday’s episode of The 700 Club, Pat Robertson was asked if there was a scriptural basis for the death penalty.

His response? Of course not. Jesus said we should turn the other cheek, and there’s that whole “Thou shalt not kill” Commandment.

Are you kidding? Read the Bible. Read the Old Testament. I tell you, if a son is ungovernable and will not listen to his parents, the parents can bring the son before the authorities and the son will be executed. That’s not punished, but…

Jesus said, you know, I don’t condemn you, neither should anybody else condemn you. But I think the whole idea of forgiveness is absolutely there, but in terms of — the Apostle Paul said, “He that wields the sword wields it not in vein but he’s a minister of God to execute judgment on the unbeliever” — those who are disobedient. He’s a minister of god wielding judgment. And I do think the death penalty — you got Charles Manson!

I mean, the death penalty is certainly biblical. Absolutely biblical!

It’s amazing how he runs from Jesus, but quotes the Old Testament, all in support of the idea that some people should be executed by the state.

He’s wrong about the economics, too. Putting someone on death row costs taxpayers far more than putting that person in prison for life. Then there’s the cruelty of the methods. The imperfections in the process.

But none of that matters to Robertson. The Bible has a section about executing a disobedient child, therefore we should continue the barbarism today. 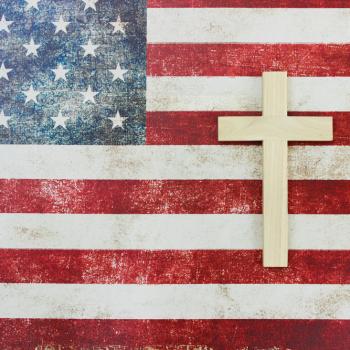 October 12, 2019 The Right-Wing "Values Voter Summit" Is What Happens When Hate Throws a Party
Browse Our Archives
What Are Your Thoughts?leave a comment