A little over a week ago, Demario Davis, a linebacker and captain for the New Orleans Saints, wore a headband that read “Man of God.” It was visible even during the game.

Because he wore a personal message — and that’s a violation of the NFL’s extremely strict uniform policy — Davis was fined $7,017 for the infraction.

So, I got fined $7K for my headband. Should I continue to wear it, or nah? #LetThePeopleDecide #ManOfThePeople #ManOfGod ((You can get a #ManOfGod or #WomanOfGod headband too. Hit the link in my bio to get yours and benefit St. Dominic’s Hospital))

Was he punished for being Christian? Of course not. He was punished for breaking the rules regardless of the message. Obviously. Between stars taking a knee in prayer after a touchdown and attributing every successful pass or kick to the guiding hand of God, the NFL is nothing if not pro-religion. But the fine didn’t stop some people from treating Davis like a martyr for the faith.

Why so many empty seats at NFL games? Players who show disrespect for flag & Anthem are defended by NFL & get Nike contracts, but players who express their faith get fined big $$ for “personal messages.”
https://t.co/qvxyXEDUUe 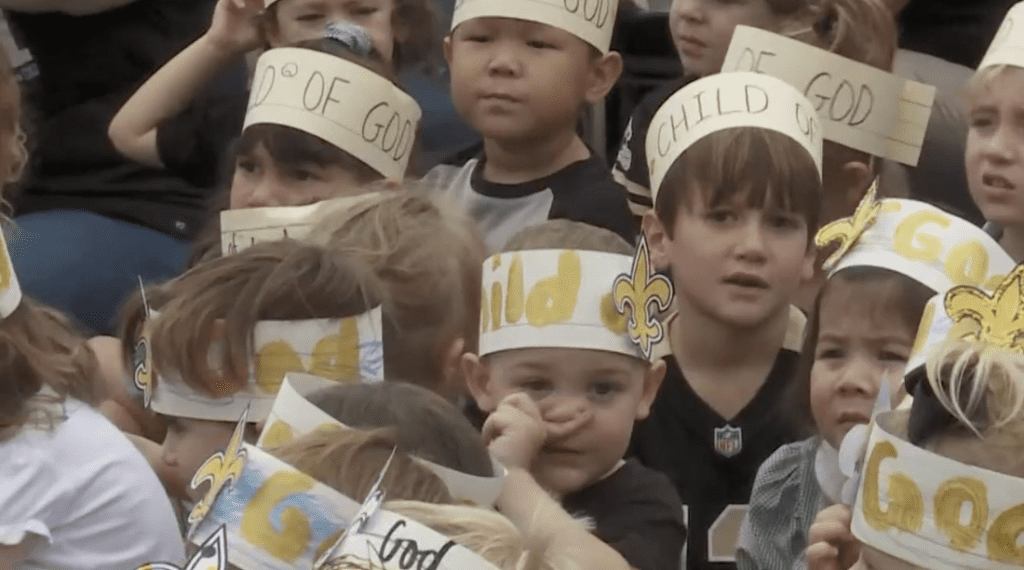 If those headbands read “Child of Xenu” or “Child of Allah,” maybe more people would understand why it’s troubling. The bigger problem, though, was that this act was meant to show solidarity with Davis… even though he broke the rules. The adults at that school were teaching the kids the wrong lesson.

And yet it may have had an impact. Davis said yesterday that his appeal was successful. He won’t have to pay the fine.

WOWWW look at this!! So my agent just told me that I won my appeal and won't have to pay the headband fine!! Then I see that St. Louis King France came together today to support the movement! Won’t he do it! Look at all these beautiful children of God! Always glory above so I’m taking every penny of that original $7,017 fine and donating it to @stdomhospital anyways. So far, we’ve raised over $30,000 for them from the headbands!! That means yall helped me turn a $7,000 negative into an almost $40,000 positive benefiting people who truly need it!!! Do y’all see how that worked?? Let’s gooooo. That’s crazy! Ya’ll are a part of this journey too!! I can’t thank ya’ll enough either. We on a mission over here obstacles are meant to be conquered!! I’m truly blessed as anybody. We’re restocked on the site with more #ManOfGod and #WomanOfGod color options and have added #ChildOfGod. If you haven’t purchased yours yet or didn't get the color you wanted, donations will continue to go to @stdomhospital so now is the time to stock up! Thank you, thank you, thank you!! #ManOfGod #WomanOfGod #ChildOfGod #WhoDat #TheSaintsAreTheBestTeam Get your headband at: bit.ly/56manofgod (link in bio)

I don’t mind the fine going away; it’s an idiotic rule for the NFL to enforce. But why did his fine get overturned? If his headband said “God doesn’t exist” or “I <3 Colin Kaepernick,” would the NFL be as lenient? Not a chance. That hypocrisy needs to be explained.

Davis is at least making the most of the situation. He’s donating the amount of the fine to a Catholic hospital in Louisiana (where his mother used to work) — on top of another $30,000 he raised from sales of that same headband. Not a bad way for him to look like the good guy in a story that really should be about how he wants special treatment.

But we still have no explanation from the NFL as to why Davis is allowed to break the rules while other players with personal messages on their uniforms would be punished. That’s Christian privilege for you. 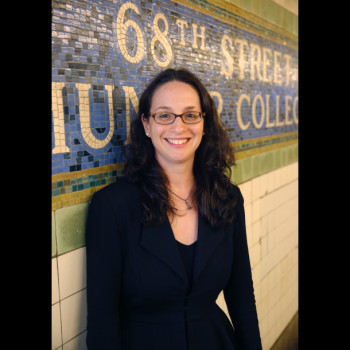