But as any addiction specialist could tell you, religion isn’t the key to those programs. People who want to break their addictions need, among other things, accountability. If you’re motivated by a belief that God doesn’t want you to have that addiction, it can indeed be powerful. A more nebulous “higher power,” which is the language AA uses, can also work. But a therapist or friend or family member can hold the same function. This should be obvious.

And yet the October edition of the Journal of Religion and Health has an article that suggests religion — and only religion — is the key to overcoming addiction. With a clickbait-friendly headline and very little substance, researchers Brian J. Grim (of the Institute for Studies of Religion at (faith-based) Baylor University) and Melissa E. Grim (his daughter, a theologian/lawyer, and a staffer at the Religious Freedom & Business Foundation) say that “faith is indispensable in preventing and recovering from substance abuse.”

Neither of them are addiction specialists. 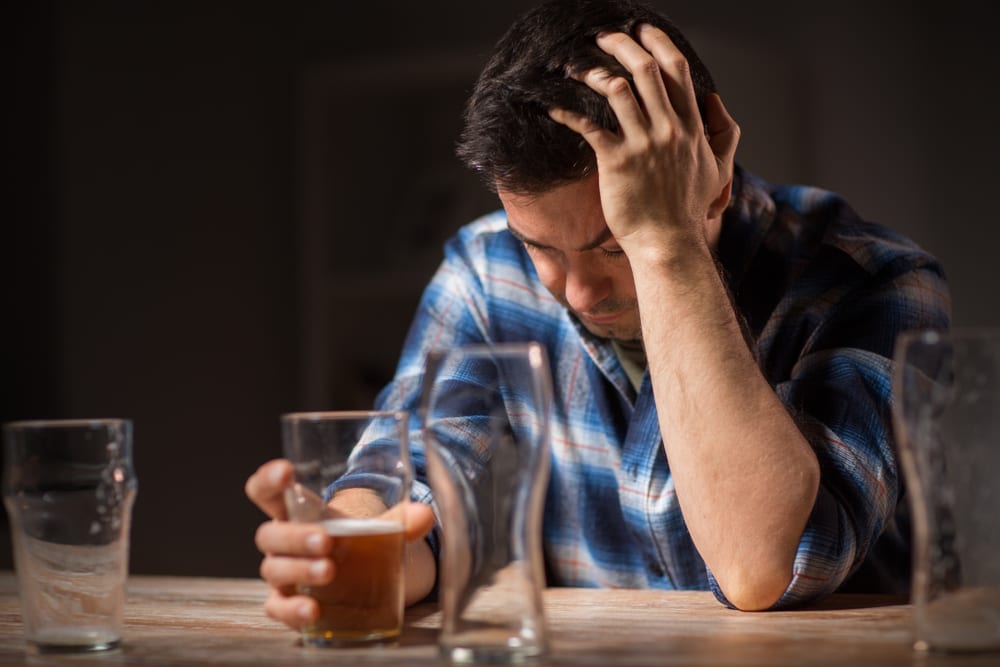 The entire paper suggests that, because faith-based recovery programs are useful (which they are), we should embrace religious programs as a societal good (whoa, calm down there). They argue that if the government embraced such faith-based recovery programs, it would lead to $316.6 billion in economic savings. They also add that our nation’s decline in religiosity “constitutes a national health concern.” (Atheists are bad for your health!)

The paper starts out sensibly enough, but by the end, it’s flying off the rails.

Just look at this graphic included in their press release: 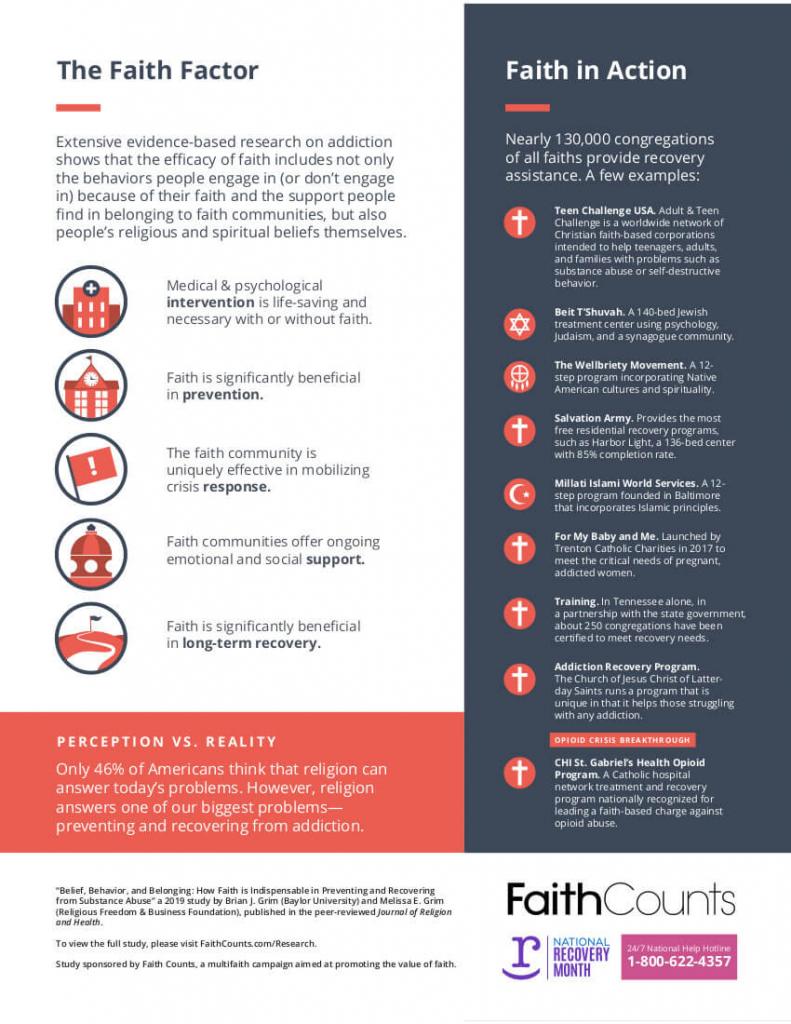 That says faith is “significantly beneficial in long-term recovery” and that “religion answers one of our biggest problems — preventing and recovering from addiction.”

What the Grims don’t say is that there are acceptable substitutes. Having Steph Curry on your basketball team will no doubt help you win a lot of games, but having five above-average no-name players on the court could be just as, if not more, powerful. Yet the entire study takes the (valid) conclusion that faith-based recovery programs work and concludes (wrongly) that faith is the key ingredient to recovery. That’s just not the case.

Here’s an example of what I mean: Their paper cites other studies that also say religion helps people overcome substance abuse.

All of that is true. But the key isn’t belief in nonsense. It’s being part of a strong, tight-knit community. When you have close friends and something that gives you meaning in life, you’re less likely to make destructive decisions in general. God and a church can fulfill those needs, but so can a competitive intramural sports team, or participating in community theater, or craft brewing, or [insert hobby here]. Having something to look forward to — and people who care for you and will keep you on the right track — matters far more than adopting a particular delusion.

It’s also arguable that faith-based programs, which have been around longer and have more money invested in them, have a better track record. But a secular alternative with the same resources would be similarly valuable. Again, this should be obvious, yet the paper argues that religion alone is the secret sauce.

The evidence we have reviewed and presented above shows that religious beliefs, practices, and belonging as well as spiritual programs inspired by faith in a Higher Being significantly contribute to the prevention of and recovery from substance abuse… Addicts with a faith or spirituality heal faster.

Again, that’s only true compared to addicts who are loners going at this alone. What’s the comparison to addicts who use a quality secular alternative with no religious/spiritual component? We’re not told. (For some strange reason, the authors say Alcoholics Anonymous is “neither faith-based nor religious”… even though they admit in the same sentence that “seven of their 12 steps explicitly mention God, a Higher Power, or spirituality.” It’s a distinction without a difference.)

Give it time, and I’m sure Republicans will use this paper to justify putting taxpayer dollars into religious recovery programs. It’s a way to promote religion while pretending to promote the common good. The Grims even suggest that: “Based on the effectiveness of faith-based initiatives to address substance abuse, it is justifiable that public spending support their work.”

The paper also neglects how religion brings in a variety of other problems into your life, depending on which kind of faith you’re adopting. You don’t want to substitute one harmful addiction for another. It’s possible the religion you adopt also stresses belief in eternal hellfire, and that women should be forced to give birth against their will, and that LGBTQ people aren’t deserving of equal rights or humanity. Those beliefs don’t make our society better. But the side effects of religion are entirely ignored in this publication.

Finally, the paper notes that “The authors do not have potential conflicts of interest pertaining to this submission to Journal of Religion and Health.” And yet the paper is sponsored by Faith Counts, a non-profit religious organization “aimed at promoting the value of faith.” How is that not a conflict?! Brian Grim has also worked with Faith Counts before, as has Dr. Byron R. Johnson, who endorses the paper in a press release. In other words, a faith-based group produced a paper that says faith-based programs work. The Grims even note that a grant from Faith Counts helped produce this paper. So did money from The Religious Freedom and Business Foundation… which Brian Grim heads up.

Faith is dispensable. Faith isn’t needed to overcome addictions. Less religious societies are, by and large, better in many meaningful ways. To suggest that belief in mythology is key to overcoming addictions is a wild distortion of reality.

(Image via Shutterstock. Thanks to Byron for the link) 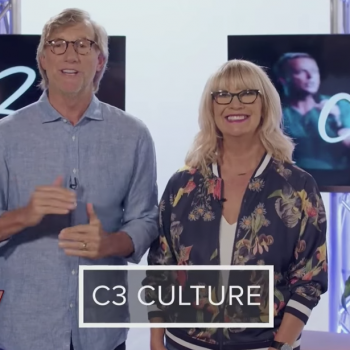 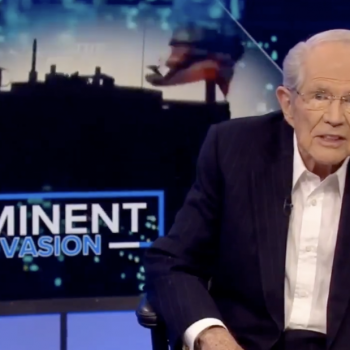 October 8, 2019 Pat Robertson: Trump May Lose the "Mandate of Heaven" if He Abandons the Kurds
Browse Our Archives
What Are Your Thoughts?leave a comment