This is Mark Moon, the pastor of Countyline Baptist Church in Alabama, urging people to join him for a prayer vigil taking place tonight to make Blount County a better place. It’s obviously a silly request to think God can magic goodness into the community, but it’s legal.

The same Mark Moon is also the Blount County Sheriff. And he recently posted a similar video under that account, while wearing his uniform. That’s when the Freedom From Religion Foundation sprang into action, demanding the sheriff’s office play no part in the religious event. The letter pointed out that they successfully sued a Florida city for trying the same thing. 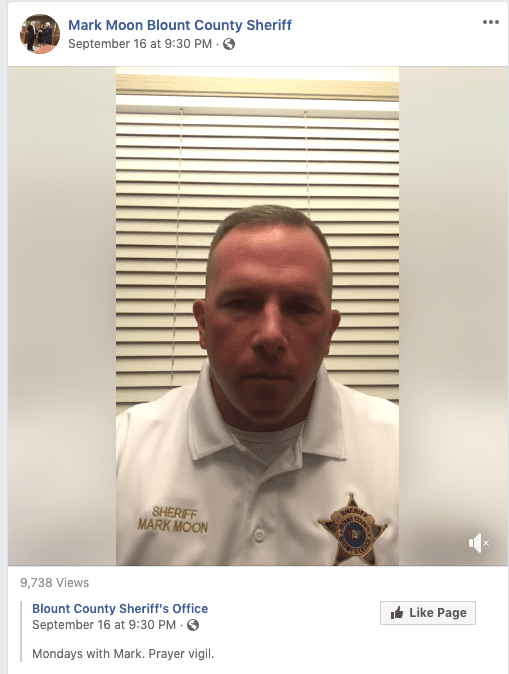 As a government entity, Blount County Sheriff’s Office cannot promote or endorse religion, FFRF notifies the sheriff. Its hosting and promotion of the prayer vigil is a violation of the Establishment Clause of the First Amendment and it must be cancelled immediately.

Think about the message that would send: If you’re Christian, the sheriff’s office thinks the world of you. If you’re not, you’re part of the problem. The solution to all their problems is more Jesus, not better policing. Non-Christians need to watch their back in this county since even the police are out to get them.

Moon irresponsibly confused his role as a pastor with his role as a sheriff. If he can’t keep those two worlds separate, then he has no business working for the government.

The good news is that the letter worked. Moon announced that the sheriff’s office would have no role in the vigil, and he deleted the video from the office’s Facebook page.

(Featured screenshot via WVTM13. Thanks to Brian for the link)

October 2, 2019
Conservative Mouthpiece Todd Starnes Has Been Fired from FOX News
Next Post 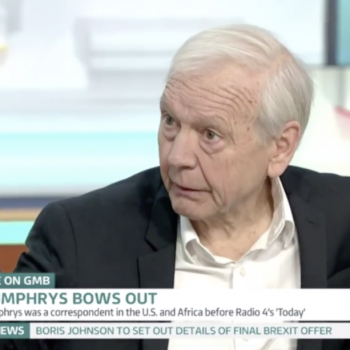