This is absolutely horrific. 31-year-old Pablo Martinez, from near Tucson, Arizona, has been arrested on a charge of first-degree murder after allegedly killing his 6-year-old son. Martinez forced scalding hot water down the boy’s throat in order to get rid of the demon he believed was inside. 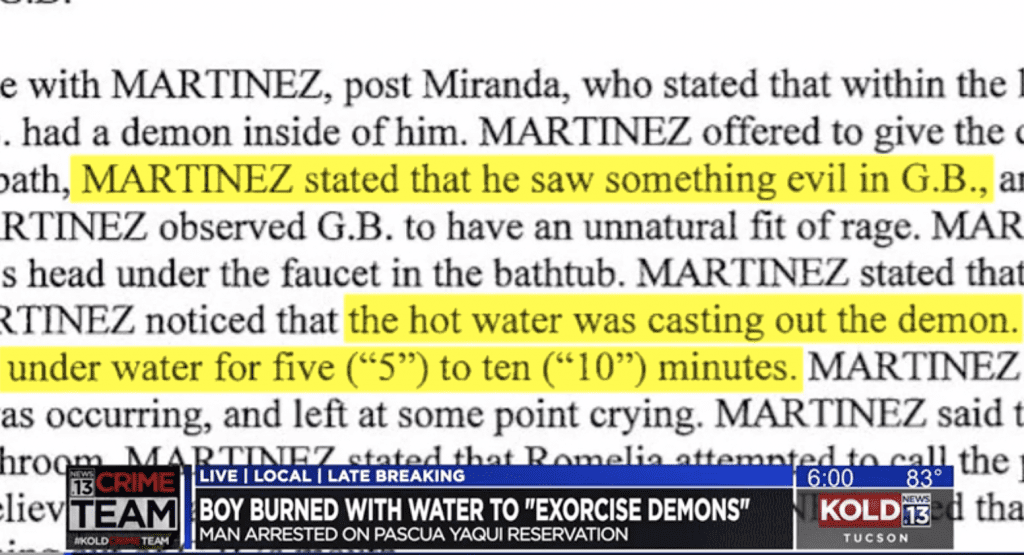 Martinez told police he noticed a demon inside the 6-year-old within the last week, the complaint said.

He volunteered to give the boy a bath Thursday, he and the child’s adoptive mother, Romelia Martinez, told police.

At one point, she heard a gurgling sound coming from the bathroom and told investigators that she saw that the bathroom door was locked. She unlocked the bathroom door and saw Martinez holding the boy under the faucet of the bathtub, according to the complaint.

The boy was under the faucet for between 5-10 minutes. After police arrived, Martinez wouldn’t explain his actions, saying the cops were not “in the right mindset or belief” so they couldn’t understand. When he finally confessed to doing it, he said the child “had a demon inside him and that he needed to save him.”

The boy was taken to the hospital, but it was too late. With burns on 15% of his body, not to mention whatever was occurring on the inside, he didn’t survive the ill-fated exorcism.

There was another child in the bathtub during some of the time this was happening, but that child appears to be safe. 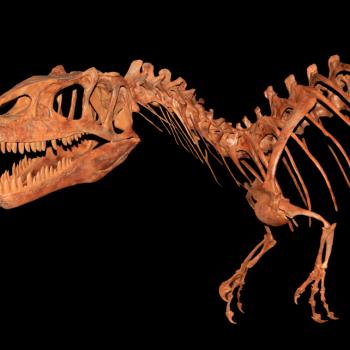