Taxpayers in Collierville, Tennessee are funding a Bible museum in their community, raising all sorts of questions about whether this violates the Constitution. 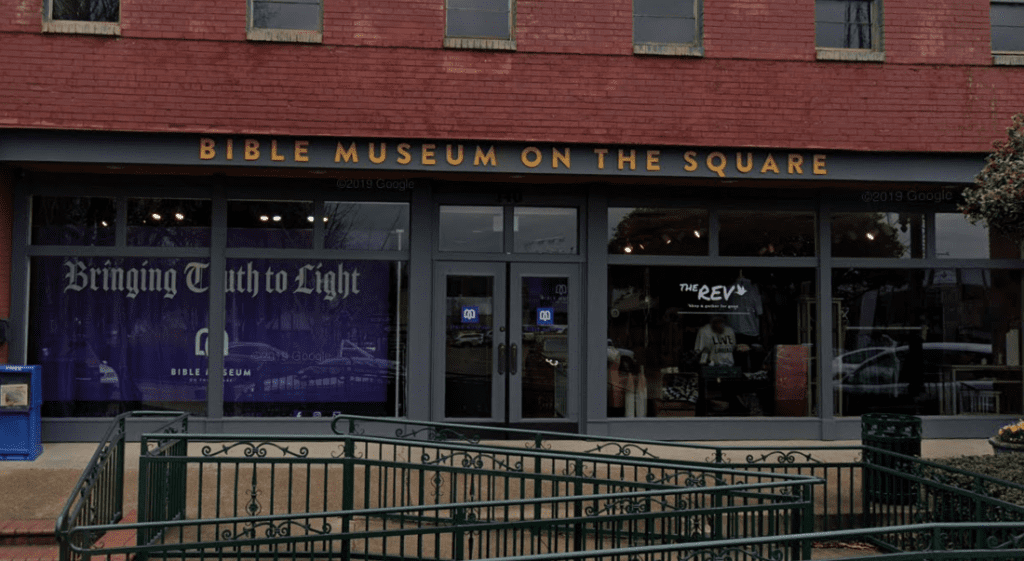 Each member of the Shelby County Board of Commissioners (which includes Collierville) gets $200,000 a year to “give back to the community,” and they can use it for cultural programs, community development activities, infrastructure improvements, etc. During a meeting on September 23, Commissioner David Bradford announced that he wanted to give $10,000 from his funds for the Bible Museum on the Square. Commissioner Mick Wright said he would chip in $5,000 more. The entire commission unanimously voted in favor of that use of money.

“The museum is a good fixture for the town square,” Bradford said, adding it’s unique from other historical exhibits in the area. “It has time reference to what was going on in history with a focus on the Bible.”

According to the application from the non-profit museum’s director, Craig Gyergyo, $25,000 was requested to help out with operating costs, especially with the announcement of “a new attraction in the days to come.” That represented 10% of the museum’s yearly budget. (In 2018, they lost more than $50,000.)

But not before the Freedom From Religion Foundation sent a letter to the County Board, in advance of the meeting, warning them of potential legal trouble:

In the letter, the group — which has raised objections to various other issues locally and nationally — questions whether the grant was constitutional. The letter said the grant “violates taxpayers’ religious liberty by forcing them to support a liberty they don’t believe in.”

The Commissioners didn’t care. They approved the money anyway, making public statements about how this was a secular museum focused on the history of the Bible. It wasn’t about indoctrination!

“Our lawyers looked at it and found (giving the grant) was squeaky clean,” [Commissioner Reginald] Milton said, noting the museum is not the first religious organization to which the commission has given money.

Milton added: “I commend organizations that are checking government. We are always open to question and transparency. Everybody was doing the right thing.”

If the museum really was secular, it could be argued there’s no establishment of religion and therefore no legal problems. But the stated mission of the museum makes clear this is about spreading the Gospel:

Our passion for the ancient civilizations that are the setting of the Bible, our conviction regarding the authenticity of the Scriptures and our zeal for its message to all the world compel us to seek to engage the entire community with the historical and cultural backgrounds of the Bible, the Living Word of God.

The vision also says the founders want to help people on their “quest to understand that life and truth flow from the Word of God.”

There’s nothing secular about that.

The newest exhibit is called “Jesus Revealed,” and it looks at the “birth, life and death of Christ through the lenses of history and culture.” But how can you talk about the crucifixion and resurrection without bringing faith into it?

Saying this is a secular place makes as much sense as Ken Ham saying Ark Encounter is a history museum. That said, even a lawsuit didn’t stop Ark Encounter from receiving taxpayer funding (in the form of a sales tax rebate) under the guise of being a tourist attraction.

It’s unclear if any legal challenge will arise now that the money has been approved. But taxpayers in Shelby County are now helping people learn about Jesus, whether they like it or not.

September 30, 2019
Gordon Klingenschmitt: Trans People Are Evildoers Who Are "Full of the Devil"
Next Post