Watch This Preacher Check His Phone While Speaking in Tongues September 28, 2019 Hemant Mehta

Watch This Preacher Check His Phone While Speaking in Tongues

I’m gonna need a Christian to explain this one to me.

Preacher Perry Stone of Omega Center International in Tennessee was leading people in prayer on Thursday — even speaking in tongues — when he stopped to check his phone. Multiple times. It’s kind of hilarious.

Enjoy: (Update: Stone appears to have taken down the original video.)

Was he checking prayer requests? Maybe.

Did he think God was trying to reach him? Who knows.

Was he trying to catch up on the news? That’s what I’d be doing.

But now we know that you can be speaking in tongues, fully captured by the spirit, all while scrolling through texts. Impressive.

Considering how often I’d check my messages if I had to sit through one of his church services, maybe I should apply to be the pastor of this place. 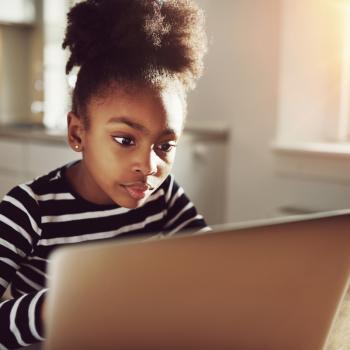 September 28, 2019 Podcast Ep. 289: Thank the Internet for the Rise of Godlessness
Browse Our Archives
What Are Your Thoughts?leave a comment