Why Did America Lose Its Religion? Thank the Internet. September 27, 2019 Hemant Mehta

Why Did America Lose Its Religion? Thank the Internet.

What Thompson wants to know is what happened around 1990 — that’s the year he pinpoints — that caused the percentage to begin its upward trajectory. 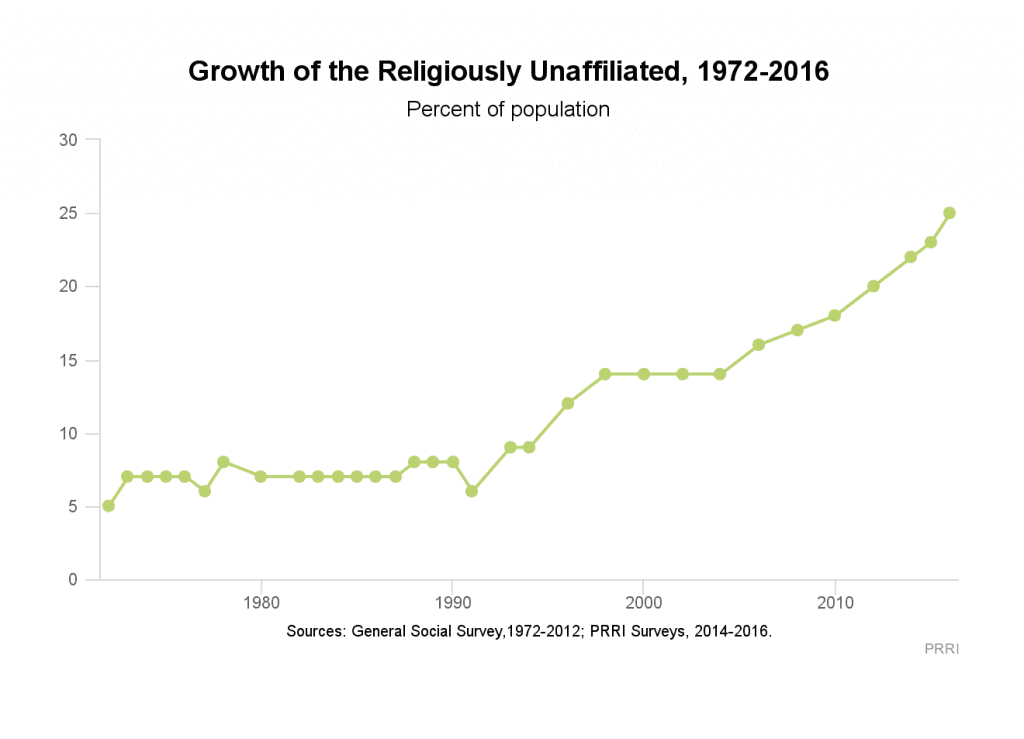 According to Christian Smith, a sociology and religion professor at the University of Notre Dame, America’s nonreligious lurch has mostly been the result of three historical events: the association of the Republican Party with the Christian right, the end of the Cold War, and 9/11.

Thompson goes in more depth about each of those theories and there’s validity to all of them. He also points out, correctly, that religious institutions in general have shot themselves in the foot. The Catholic Church became mired in sexual abuse scandals while evangelicals were continuing their high-profile financial ones.

But the way Thompson phrased his question may be why he missed the most obvious answer. He asks, “What the hell happened around 1990?” But if you look at the graph, the answer is “nothing significant.” The number went up… but barely. If you’re looking for when the “rise” really began, you have to look to at least the mid-1990s.

When you start there, the answer becomes obvious: It’s the internet. That only got a passing mention in the article:

Nor does Smith rule out the familiar antagonists of capitalism and the internet in explaining the popularity of non-affiliation. “The former has made life more precarious, and the latter has made it easier for anxious individuals to build their own spiritualities from ideas and practices they find online,” he said, such as Buddhist meditation guides and atheist Reddit boards.

That’s quite the understatement. Google has done more to create atheists than any force in history. It’s not just the ability to learn new ideas. It’s the ability to connect with like-minded people. It’s the way you can get your theological questions answered without having to go through a pastor with an agenda. (I swear, it blew my early-teenage mind to see people saying God didn’t exist with confidence, without fear, and with plenty of justification.) “Just have faith” was no longer an acceptable response to tough questions about religious mythology. Also, people were exposed to atheism for the first time; they were no longer constrained by a church-created bubble.

For me, all that kicked in around 1997 — and I was a latecomer to the internet. For people like me who transitioned into the digital age, there was no force more powerful than those free AOL CDs when it came to exposing me to new ideas. 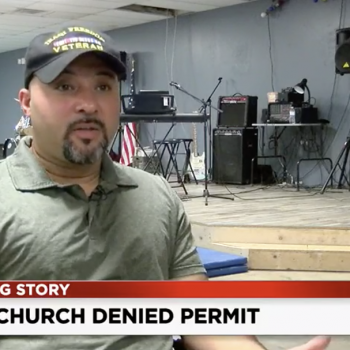 September 26, 2019
Ohio Pastor: My Church Was Denied a Permit Because I Wanted to Help the Homeless
Next Post