Calgary Preacher: A Rainbow With Six Colors is “a Lie from the Pit of Hell” September 27, 2019 Val Wilde

Calgary Preacher: A Rainbow With Six Colors is “a Lie from the Pit of Hell”

Street Church, a Christian organization in Canada, has gained permission to host a prayer service at Calgary City Hall, calling on members and like-minded Christians to “fight for the Promised Land.”

But campus groups from the University of Calgary are fighting back — not just because it’s inappropriate (albeit legal) to host prayer rallies at secular government buildings but because the organizing group espouses hateful rhetoric against the LGBTQ community.

If you want an example of that, look no further than the Christian group’s leader, street preacher Artur Pawlowski, who recently released a video decrying plant containers at the city’s Crossroads Market that had been painted in six-color rainbow patterns. He called the paint job “a sexual indoctrination” in part because God’s rainbows contain seven colors.

So we have to stand up and fight. We have to push God’s righteousness. The enemy is pushing its darkness, its sick perverted ideology. And the Church, it looks like it’s silent, almost totally.

He went on to describe the six-color rainbow as “a lie from the pit of hell” that the queer community — and presumably the Calgary city staffer who did the painting – uses “to laugh at God.”

Truth be told, Pawlowski is scientifically wrong, relying on oversimplified grade school science to make his point. The reality is much more nuanced. Rainbows are a continuum of color that contain far more gradations and shades than our eyes can distinguish visually. What’s more, some scientists argue that the seventh color, indigo, is too similar to blue to actually count as a distinct shade in the rainbow. Historically, indigo was added because of Isaac Newton’s belief in the occultic significance of the number seven.

What’s more, Pawlowski has a bit of a rocky history with the City of Calgary. In 2017, Street Church hosted a rally in front of City Hall featuring an anti-gay, anti-abortion speaker; the event ended in a violent altercation. The city has also fined him for forcing his way into the Calgary Stampede Parade, alongside other church members, in 2012.

In light of this, the University of Calgary group Queers on Campus is protesting City Hall’s decision to welcome Pawlowski and his church in spite of “all of the bigotry he espouses.” The group’s co-chair, Eren Just, described the impact of the decision on Calgary’s LGBTQ community:

Homophobia, transphobia, xenophobia, Islamophobia, anti-Semitism, misogyny — you name it… We have been told we are supposed to feel like the city is supporting us, and we are not getting that right now. It makes me feel hated, not respected, like I am not an equal, valued member of society. The feeling of having people wanting you dead, or in the closet, or divorced from your community, is really alienating.

Pawlowski, in response, returns to the common complaint of persecution Christians so frequently dredge up:

The government building belongs to all citizens, not just non-believers or atheists or homosexuals. It is our property. As Christians, we are being marginalized and attacked every single time we want to pray or mention Jesus, and yet sexual ideology is being forced, shoveled to our throats, at every corner.

Of course, no one is saying Pawlowski should be kept from praying. If he was being silenced, you wouldn’t be reading this. As it stands, religious events are allowed at City Hall, just not during business hours. Pawlowski’s event begins just after the end of business hours on October 5.

But his right to use government buildings for his events is qualified. If he’s using his religious beliefs to advance hate against other citizens, the City of Calgary has a responsibility to tell him to do it somewhere else. Hate has no place at City Hall. 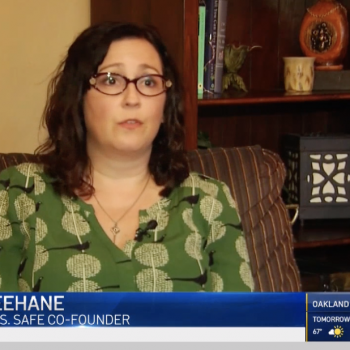 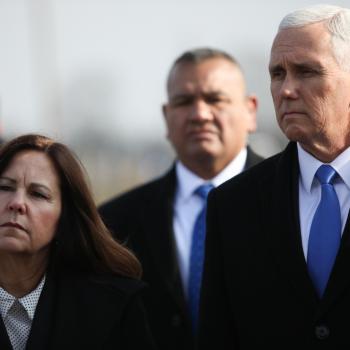 September 28, 2019 An Enraged Karen Pence Reportedly Refused to Kiss Mike Pence on Election Night
Browse Our Archives
What Are Your Thoughts?leave a comment