For one woman in Lebanon, Ohio, “Jesus take the wheel” was a literal command.

63-year-old Mary Klawitter was driving over 100 mph Tuesday night when she crashed into a car, setting into motion a chain reaction of accidents that involved six vehicles. Two people were taken to the hospital. One driver has serious injuries.

Klawitter herself tried to bite the police officers on the scene — when she wasn’t swearing at them — and later admitted she was trying to kill people. 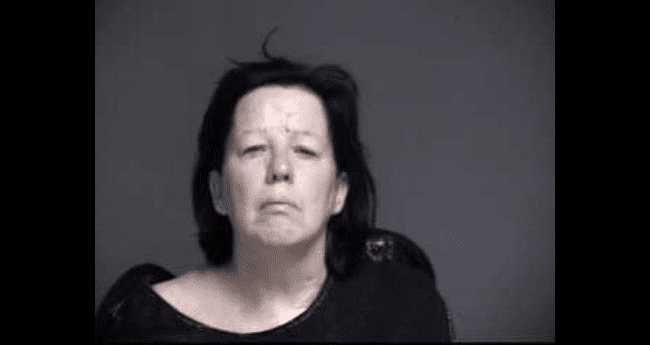 Why the hell was she doing all this?

When asked why she caused the crash, she said “God told her to” and that she “does whatever God tells her to do.”

Have you ever wondered why the Ten Commandments includes such obvious rules like “Thou Shalt Not Kill”? Like, is anyone hearing that and thinking, “Ohhhhh, NOT kill! Got it”? Now we have an answer: Yep. Some people really are just that deluded. They won’t believe something unless God says it, and if they think God says it, they’ll act on it.

I suppose we should consider ourselves lucky that God didn’t tell her to grab a firearm, since she has no ability to realize the voices in her head aren’t divine.

Klawitter has been charged with felonious assault. She’s behind bars at this moment.

(Thanks to @LadyCyanus for the link) 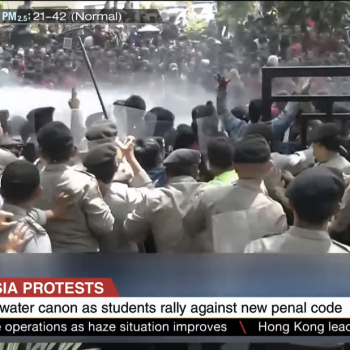 September 26, 2019
Indonesia Might Make it a Crime to Have Premarital Sex or Insult the President
Next Post 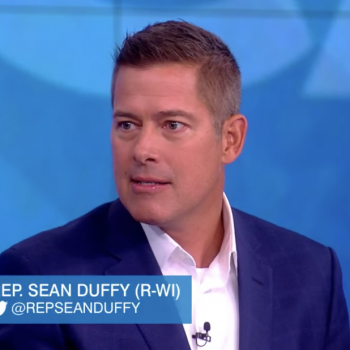