Right-wing commentator and conspiracy theorist Chris McDonald, who just last month said on his “The MC Files” show that Christians who oppose Donald Trump were betraying God, is now expanding that theory to all Democrats.

He said this week that God is going to destroy the entire Democratic Party just for opening up the impeachment inquiry.

For what it’s worth, there’s literally one open atheist in Congress…

You would think any sensible God would look down upon a party that’s willing to sabotage the country if it helps the rich get richer, that breaks apart families that are already suffering, and that spreads lies and ignorance as a way of life, but nope. It’s the people trying to stop corruption that God’s targeting.

Why bother believing when McDonald’s God is a monster that’s not worthy of acceptance? 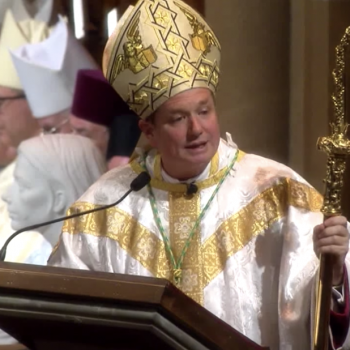 September 26, 2019 Australian Archbishop: Abortion Bill Will Harm "Vulnerable Members" of Society
Browse Our Archives
What Are Your Thoughts?leave a comment