Thanos, Satan, and Hundreds of Kansans Stood Against the Westboro Baptist Church

The Westboro Baptist Church is a shell of what it used to be, but the Christian hate group is still out there “protesting” anything that might generate some attention for them while carrying their infamous “God Hates F*gs” signs. While there’s a valid debate over whether they should be given any attention at all, you have to appreciate how people respond to their bigotry. Check out what happened in Kansas earlier today.

The backstory: The city of Olathe is considering passing an LGBTQ non-discrimination ordinance. It’s long past time they did it, but as officials were discussing it, a 12-year-old boy came to a city council meeting earlier this month with his two mothers. He spoke during the public comments.

“I just don’t understand why if I’m with my mothers and we decide to go to a restaurant to eat, that we can be denied access and have to eat somewhere else,” [the boy] said.

With that information, the Westboro Baptist Church figured out where the boy went to school and announced they would be protesting outside the building in the morning.

When the literal handful of Christian haters arrived at Frontier Trail Middle School earlier today, there were hundreds of people waiting for them with a message of love for everyone. 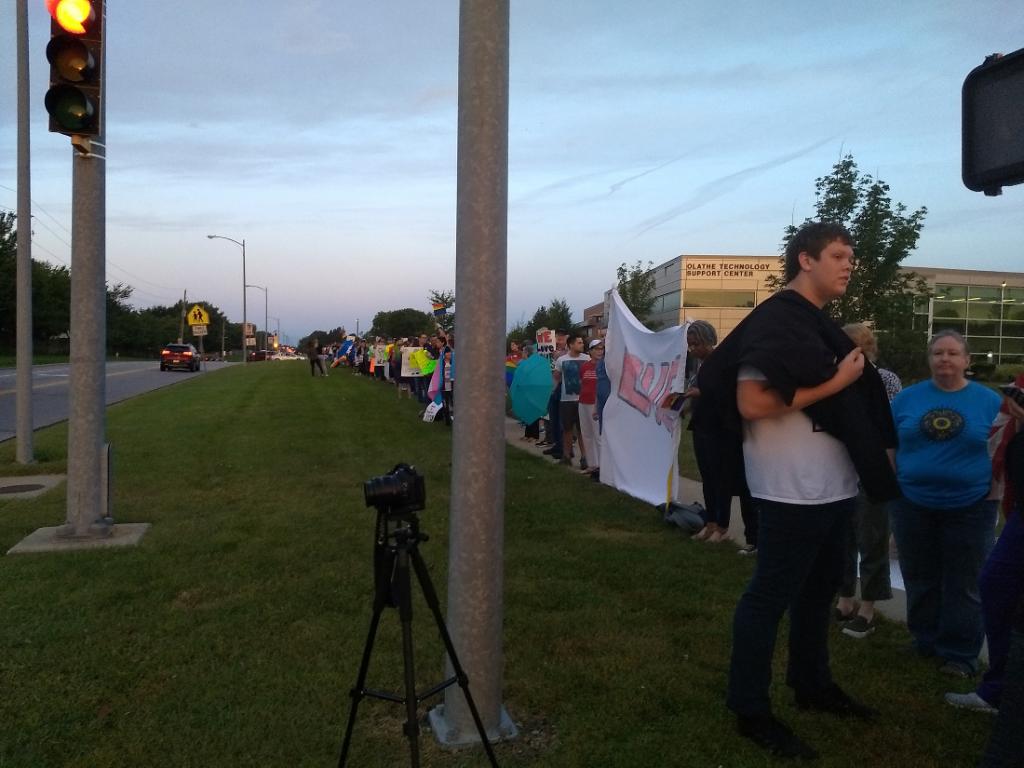 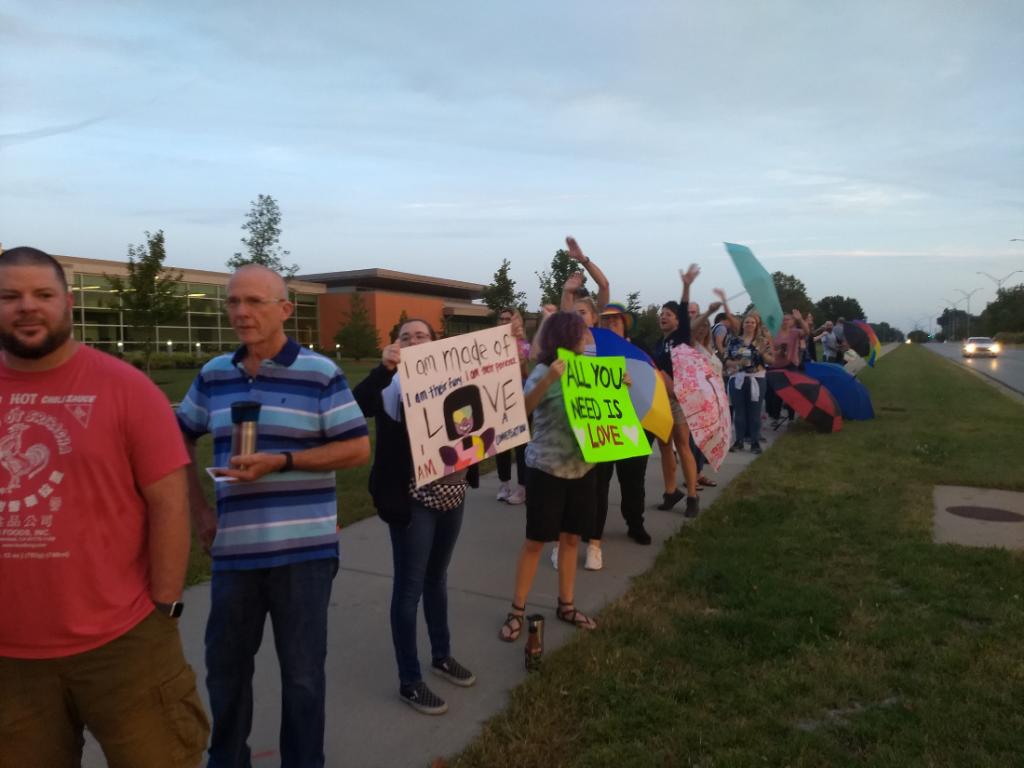 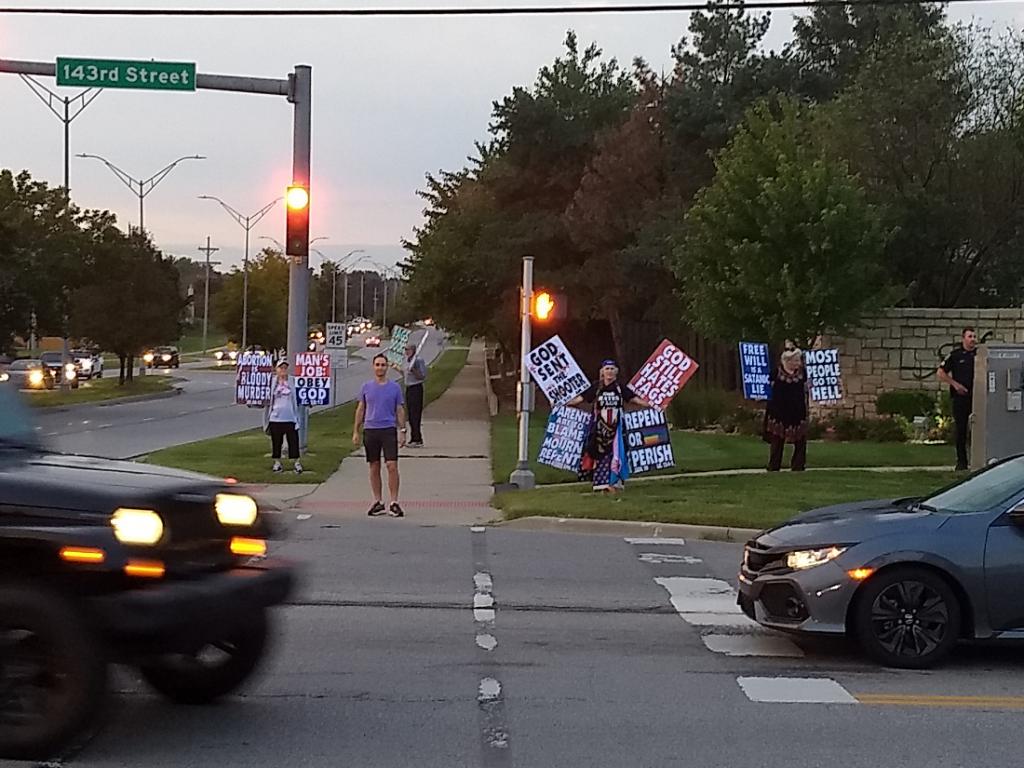 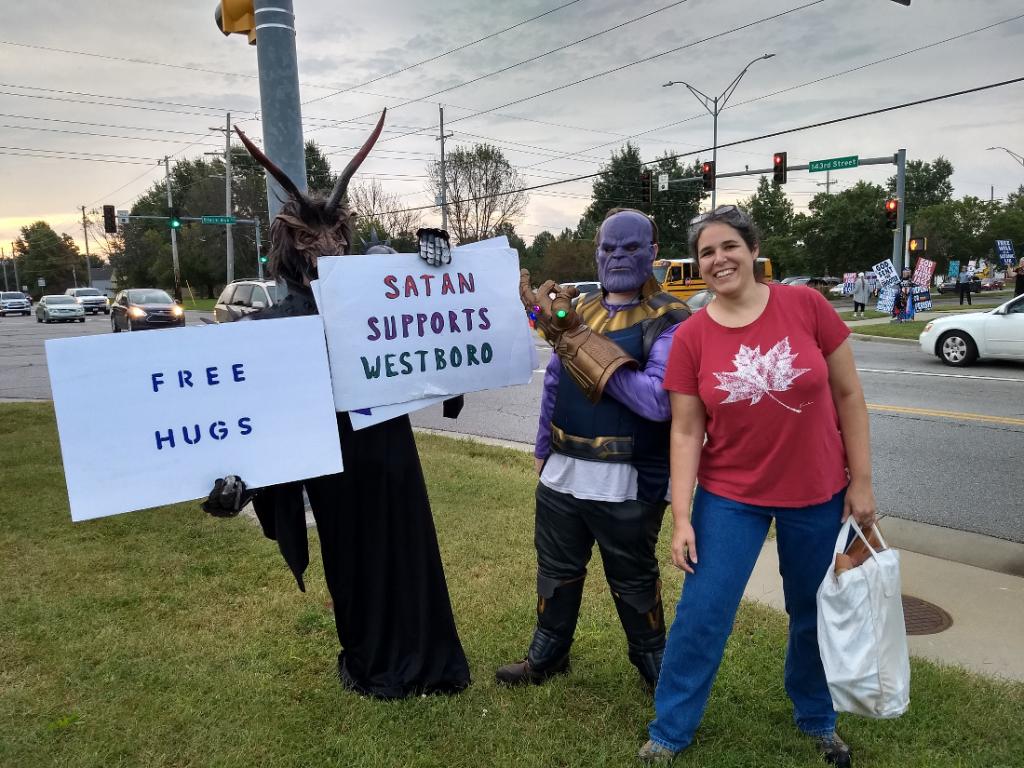 It was pretty nice for Satan and Thanos to show up. You know things are bad when your hate group makes two notoriously evil characters look downright pleasant. Reader Karen, who sent along those pictures (and is seen next to Thanos), said that Satan attempted to stand closer to the WBC members, but the police told him to keep moving.

Wouldn’t want the devil to get caught up with the wrong crowd, I suppose. 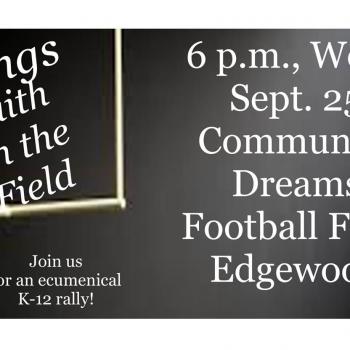 September 25, 2019
An Iowa School Tried to Cover Up How Staffers Were Organizing a Christian Event
Next Post