Earlier today, Donald Trump ditched a United Nations summit on climate change in order to talk about the need for “religious freedom,” Which most Republicans treat as a way to protect right-wing Christianity while paying lip service to other believers. It’s no surprise why he did it. His administration sees climate change as a hoax — a belief literally echoed by Trump-loving Pastor Robert Jeffress this morning on FOX News — while Trump’s 2020 campaign relies on maintaining the support of white evangelicals.

Among the various lies he told today was one he’s said before: Trump said he was proud of how he had “obliterated” the Johnson Amendment, which prevents pastors from promoting candidates in the pulpit if they want to keep their churches’ tax exempt statuses.

… I’m very proud to say that we’ve obliterated the Johnson Amendment within our country, so that now, we can listen to the people that we want to listen to — religious leaders — without incrimination against them. It’s a very important thing and I said that at the beginning. And I say it now. It’s something I’m very proud of.

None of that is true. Trump may have impeded enforcement of the Johnson Amendment, which wasn’t all that enforced to begin with, but it’s still technically in effect.

Remember: Churches, like other non-profits, are already allowed to discuss political issues without a problem. Pastors can condemn marriage equality, treat women as second-class citizens, and pretend science is fake all they want. But as a condition of their tax-exempt status, they’re not allowed to directly tell people how to vote (even if they can strongly imply it all they want).

Soon after Trump took office, he signed an executive order claiming to repeal the rule… but it had no teeth. It was more of a performance than anything substantive. That’s why Republicans tried to do the job legislatively by putting the repeal into various spending bills… to no avail.

In March of 2018, they tried to insert the repeal in an omnibus spending bill. But when the $1.3 trillion bill was finally released, the Johnson Amendment repeal wasn’t included. (More specifically, there was no language prohibiting the IRS from using its time and money to go after churches that violated the rule by telling the congregation who to vote for.) Republicans tried again in July of 2018 with an appropriations bill… and it failed again.

Then, Democrats took back the House, and it’s not going to happen now, which is why Trump has given up trying. But the facts won’t stop him from lying to evangelicals since they’re gullible enough to fall for it — and their leaders are too cowardly to say he’s wrong.

At least groups advocating for church/state separation didn’t miss the lie. The American Humanist Association called the statement a “misrepresentation” of the truth, while calling the entire event “a thinly veiled attempt to privilege Christianity at the expense of true religious freedom for all.”

The Freedom From Religion Foundation — which sued Trump over his executive order, until the Justice Department admitted Trump hadn’t overturned the Johnson Amendment, making the lawsuit moot — also pointed out the hypocrisy in Trump’s calls for “religious freedom.”

Ironically, while calling “on the nations of the world to end religious persecution,” Trump is persecuting LGBTQ Americans in the name of “sincerely held religious beliefs.” The current administration is waging war in the name of Trump’s Christian Nationalist allies against women’s right to contraceptive access, by forcing Planned Parenthood to pull out of Title X. The Trump administration is seeking to overturn abortion rights in the name of religion. While holding himself out as a beacon of religious liberty, he has banned Muslims from several countries. When Trump called for a “total and complete shutdown of Muslims entering the United States,” he obviously sacrificed the religious liberty of Muslims.

Obviously, for all the talk of helping people persecuted for their faith, this administration has limited the number of refugees it’s accepting.

They want all the credit for promoting and protecting religious freedom while doing nothing to actually achieve it. 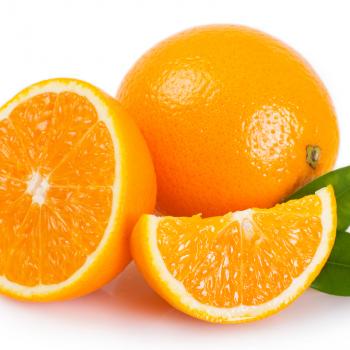 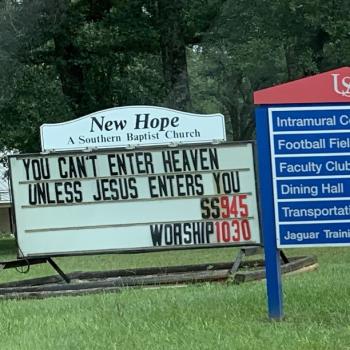 September 23, 2019 That's What It Takes to Enter Heaven?
Browse Our Archives
What Are Your Thoughts?leave a comment