Christian Preacher: I Might Treat My Haters to Dinner If They Didn’t Avoid Me September 23, 2019 Hemant Mehta

Christian Preacher: I Might Treat My Haters to Dinner If They Didn’t Avoid Me

Pastor Greg Locke, a man who has said transgender people are “perverts,” that the sexual revolution leads to homosexuality and bestiality, that Planned Parenthood is really really evil, and allegedly abused his ex-wife, wants you to know he’s a really good guy.

In fact, just yesterday, he went to dinner with his family, and a couple must have recognized him since they saw him, said “nope,” and walked right out.

Their loss! Locke said in a rant last night that he might have even paid for their dinner if they weren’t such bigots. I guess those people and their principles will have to learn that the hard way.

… Today after church, I took my family to a restaurant we’ve been to many times, and I always open the door for my wife, and so I was allowing her to go in with the kiddos, and a gentleman and his wife walked up behind me, and I kind of passed off the door to him, so as I turned around to hand him the door, as it were, he looked at me and his eyes bugged out of his head.

He turned to his wife and, right in front of me, she said “Nope!” And he literally let the door go, shut it on me. They refused to eat at the same restaurant with me and my family, walked down the sidewalk, got in their car, and left. I sat there a little bit shocked, probably good to be in, but I thought “How immature. How immature.”

You disagree with somebody so you can’t even eat in the same restaurant where they eat?

Joke’s on you, bucko! Because what I find is when my wife and I are out and people give me those looks, I might as well go ahead and eat, because we like to slip out and secretly pay their bill and still be a blessing to people that treat us like jerks.

So guess what? If you think that not eating in the same restaurant with me and my family is going to make me back up and pack up and shut up and be silent and quit speaking my biblical and political views, well, you’ve entirely clicked on the wrong post. Because I’m not going to. Okay? Stop being immature, whoever you are. I’m telling you, it’s an evil generation that believes that disagreement is automatically bigotry and hatred.

How stupid. Let me just open the door for you next time.

Seriously, why won’t people just let the man who dehumanizes and demonizes everyone who disagrees with him eat with the opportunity for added smugness?

Give the mystery couple some credit, though. They saw him and walked out. They didn’t demand that he leave. Locke, on the other hand, is one of those pastors who likes it when Christian business owners just refuse service to LGBTQ people.

His hypothetical generosity doesn’t detract from the hate he spews on a regular basis. Someone who spends his life hurting other people can’t make up for it by paying for dinner for strangers.

He should save the money and use it on heart surgery, since the one he has isn’t working properly. 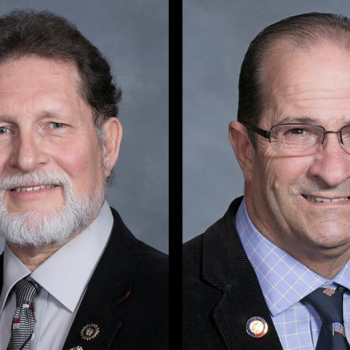 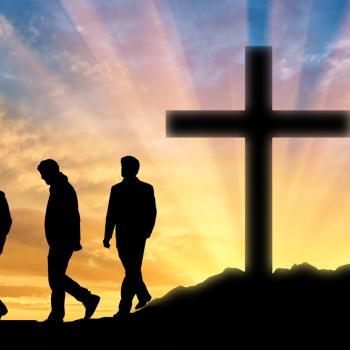