A “wandering shaman” walked about 1,700 miles from his remote village to Moscow, where he planned to exorcise evil spirits out of Vladimir Putin. He was arrested before he could do that. 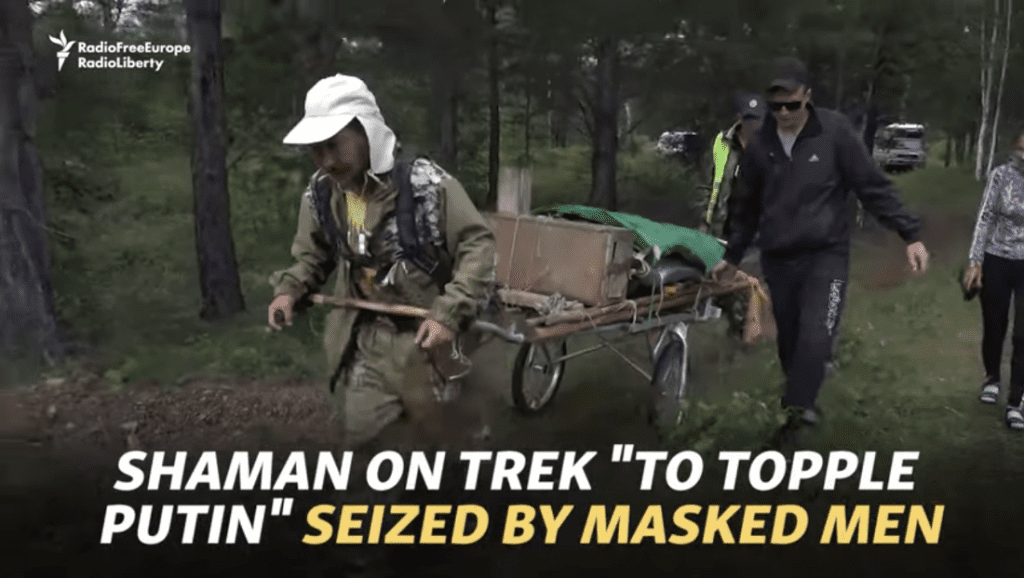 Siberian shaman Alexander Gabyshev attracted others on his path to “drive the evil spirit” out of Putin until armed men arrested him on Thursday. Russian police haven’t offered any official reason for his capture.

Police in Yakutia confirmed the arrest but did not say why he had been detained. Supporters believed he may face charges for his calls to overthrow the government.

Gabyshev’s march across the country became a viral online curiosity as anger over flawed elections triggered the largest protests in Russia’s capital for years. The arrest of his driver in the city of Ulan-Ude helped spark a demonstration by hundreds of people there, and hundreds more came to hear him speak in the city of Chita.

It’s not surprising that someone opposing Putin, even in literal spirit, would be persecuted in a country known for squashing civil rights. Still, Gabyshev isn’t immune from his own scandals, at least within his community.

In his six months on the road, Gabyshev was shadowed by reporters and waylaid by an opposing group of shamans, who demanded he tone down his political messages. Shamans are members of religious and cultural communities, which are widespread in Siberia, who are perceived to have access to other levels of spiritual consciousness.

A tight-knit group of advisers and protectors formed around Gabyshev during the journey, bolstering speculation that he had created something of a cult. One former supporter in a salacious interview with the Moskovsky Komsomolets newspaper said some donations had been spent on Gabyshev’s family and “pornographic games”.

It’s unclear what that means, specifically, or if Gabyshev violated any kind of law. Keep in mind that it’s not just the Russian government looking to prevent him from achieving his goals. While this specific journey may be at an end, it’s arguably not the last time we’ll hear about him. And it definitely won’t be the last time someone wants to stop Putin and his regime.

(Screenshot via YouTube. Thanks to Kerri for the link)

September 20, 2019 Podcast Ep. 288: The Mayor's Prayers Didn't Work
Browse Our Archives
What Are Your Thoughts?leave a comment