A Canadian husband and wife who were previously convicted for letting their son die of meningitis by treating him with maple syrup and garlic have now been found not guilty at retrial.

Naturally, infamous charlatan David Stephan — who played the victim after he let his son die — celebrated the victory with a shit-eating grin. 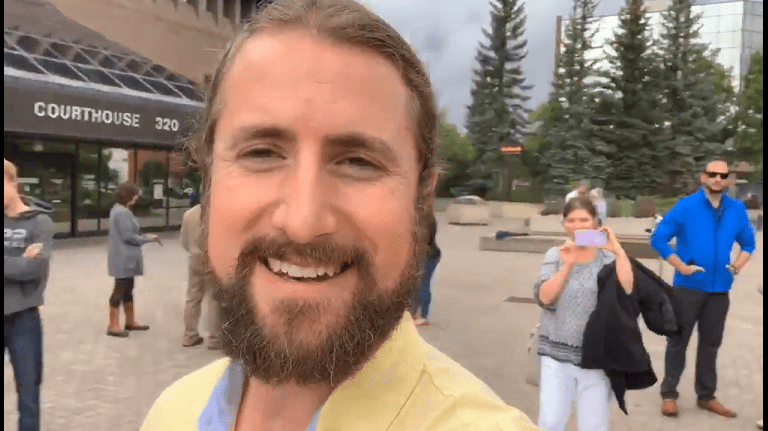 … The verdict is in: not guilty, and there’s a lot of media, as you can see, who are very interested in the Facebook Live I’m doing now. Not guilty. Those words are still sinking in at this very moment… The journey is really just beginning… This is a forward movement where we’re seeing the erosion of parental rights in medical choice here in Canada. This case was really a highlight of that agenda.

Stephan (also an anti-vaxxer) took multiple spins during which he smiled for the cameras, bragging about the latest verdict. Remember, this is the same guy who was convicted the first time around and who has been trying to cash in on this incident since it first happened.

He also attacked the same media he frequently fawns over.

Stephan wasn’t the only one with a smile on his face.

Supporters in the courtroom cheered and Collet Stephan cried as she hugged her husband.

Court of Queen’s Bench Justice Terry Clackson spoke to the court in Lethbridge, Alta., for only four minutes on Thursday before releasing his written decision in the judge-alone trial.

The judge ultimately sided with the defence’s medical experts in finding the boy had viral not bacterial meningitis and ultimately died of a lack of oxygen.

So the judge believed the original diagnosis was wrong and that David and Collet Stephan didn’t directly cause their son’s death.

But the government isn’t ruling out an appeal in the high-profile case.

In a written statement, the Alberta Crown Prosecution Service said it has not yet decided whether to appeal Clackson’s decision.

“We respect the decision of the Court,” reads the statement. “This has been a challenging case for everyone involved. The Alberta Crown Prosecution Service will review the decision to determine next steps.”

Even if the son died from a different kind of virus, it doesn’t change the fact that his parents didn’t give him a chance to survive. Their belief in pseudoscience prevented them from taking him to a doctor. Somehow, David Stephan still thinks that’s cause for celebration. 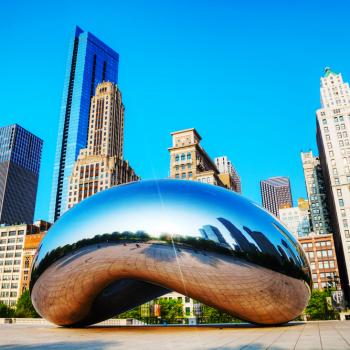 September 20, 2019
Christian Students Sue Chicago for the Right to Annoy Everyone Near The Bean
Next Post 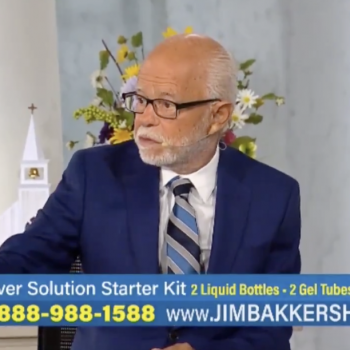