When Wisconsin’s Appleton North High School held its graduation ceremony last June, the most notable thing about it was that a school board members addressed the crowd… with a sermon. After telling the students and family members that Jesus Christ gave him strength, Pastor Alvin Dupree added, “It sounds like I’ve got some believers in this room. If you’re here and you believe that, go ahead and clap your hands!” (You can hear it at the 1:08:39 mark in the video below.)

He ended his speech by saying “It was typed out to say ‘Best wishes.’ But I’m changing their script to what I would say: ‘God bless.'”

It wasn’t even Dupree’s first time doing something like that. In 2017, the Freedom From Religion Foundation said Dupree crossed the line by promoting his faith during that year’s graduation ceremony and that he also “gave a presentation to a local political party entitled ‘Placing God in the Classroom.'”

Yet he insisted he did nothing wrong and that any criticism of his speech was just an attempt to push people of faith “in the closet.” The school board didn’t say they would make any policy changes, either.

Shortly after the event, though, a group of 29 students and graduates sent a letter to the School Board condemning what Dupree did, pointing out the Board’s errors in allowing this to happen, and urging them to make reforms so it never happens again. (Read that letter. It’s impressive.)

It was effective. The school board has now announced a set of new policies that will prevent Dupree and anyone else from hijacking a public event and using it as their personal pulpit.

(To be sure, these are guidelines, not laws. The District still retains the right to do whatever it wants if Dupree strikes again, though they have assured FFRF they plan to enforce the rules and work to avoid similar problems occurring in the future.)

From now on, the District says anyone giving speeches on their behalf must write them out, submit them to the superintendent in advance, submit a notarized affirmation saying they will not go off-script (other than “minor and immaterial variances”), and allow the superintendent to deal with any failures of these rules including taking remedial action.

In Dupree’s case, it might just be wiser to not let school board members speak at graduation at all.

FFRF says they approve of the new guidelines and they trust the district to enforce the new rules.

FFRF is pleased with these guidelines because as a school board member, Dupree has repeatedly abused his position to promote his personal religious beliefs to district students. Even after multiple complaints, Dupree was defiant and indicated that he thought he had a right to endorse religion at district events. The new district guidelines powerfully correct this misapprehension.

It shouldn’t have taken months for the school board to do this, but better late than never. No public school graduation ceremony should be allowed to turn into a church service just because a selfish board member thinks his religion deserves a unique shout-out. 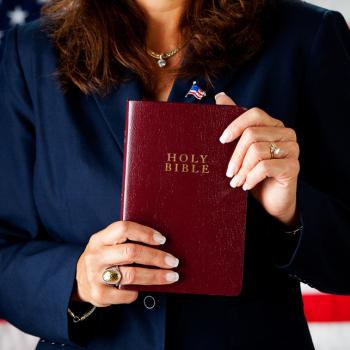 September 20, 2019
The Religious Right is Pushing Liberals Away from Christianity Altogether
Next Post 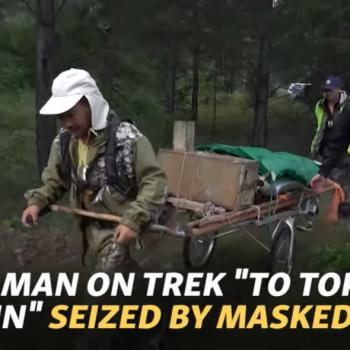 September 20, 2019 Shaman Who Walked 1,700 Miles to Exorcise Vladimir Putin Arrested Upon Arrival
Browse Our Archives
What Are Your Thoughts?leave a comment