For some reason, the administrators at Wallace-Rose Hill High School in North Carolina decided it would be wise to put up this sign near the track where athletes run: 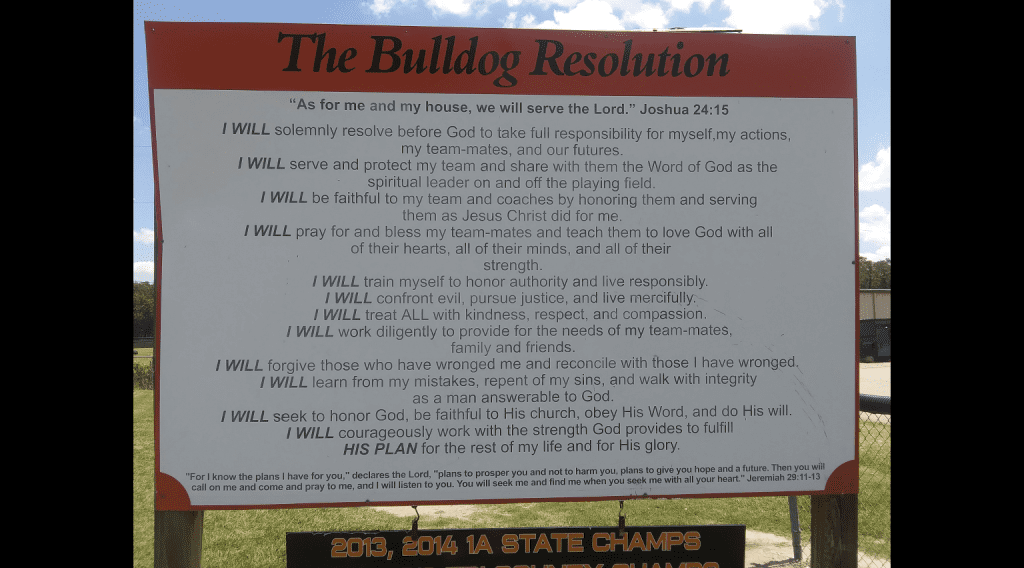 Some of the lines in the “Bulldog Resolution” are fine, like telling kids to treat everyone with “kindness, respect, and compassion.” But most of those items are Christian-specific, including these:

I WILL solemnly resolve before God to take his full responsibility for myself, my actions, my teammates, and our futures.

I WILL serve and protect my team and share with them the Word of God as the spiritual leader on and off the field.

I WILL be faithful to my team and coaches by honoring them and serving them as Jesus Christ did for me.

I WILL seek to honor God, be faithful to his church, obey His word, and do His will.

There are also two Bible verses at the top and bottom of the sign. It’s like a pastor’s sermon notes were accidentally handed to the person designing this.

But the Freedom From Religion Foundation was able to get the sign removed after sending a letter warning them against keeping this up:

… Senior Counsel Patrick Elliott wrote to the district, urging it to immediately remove the sign.

“It is well settled that public schools may not advance, prefer or promote religion,” Elliott wrote to the district. “This sign violates this prohibition by creating the appearance that the district prefers religion over nonreligion and Christianity over all other faiths.”

Elliott recently received a response from the district’s legal representation, informing FFRF that the sign has been removed from school property.

FFRF commends the district on taking swift action to remedy this violation.

“We are very pleased with the district’s prompt response to this complaint,” comments FFRF Co-President Annie Laurie Gaylor. “This is a positive step towards making Duplin County Schools more inclusive to students of all faiths and of no faith at all.”

That’s all well and good, but it doesn’t answer the question of how this sign got there in the first place. Who signed off on this? How long as it been there? What will the school do to prevent this from happening again?

I don’t know if we’ll get those answers. But at least the outcome is the right one. 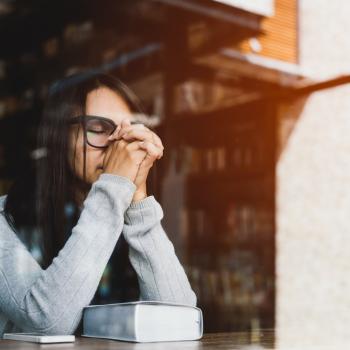 September 19, 2019
Is It Fair That Washington Colleges Accommodate Religious Students' Schedules?
Next Post