As I mentioned the other day, the football team at Lowndes High School in Georgia had been opening games with a student-led prayer over a loudspeaker.

But after the Freedom From Religion Foundation warned the school district that this was illegal, the Lowndes County School Board settled on a new policy on Monday.

It’s not a moment of silence as other schools have done.

Instead, they’re going to create a kind of open forum where one selected student can say whatever he or she wants. And if that happens to be a Christian prayer, well, it’s not like school officials knew that in advance, right…?

The new policy allows students to present anything before the game, from a song to a poem or a prayer. It was introduced to a crowded board room Monday as parents, fans and alumni cheered and praised the board’s decision.

This sounds like a disaster waiting to happen. How will these kids be chosen? What guidelines will they be given? What happens if a student uses the time to pray to Satan (because, my goodness, that would go viral in a heartbeat)?

The community, however, knows damn well that this is just a workaround for the prayer situation. They know the board just gave them a theoretically legal way to formally pray before games. And there’s nothing the Christian God loves more than people who pray in public in order to be seen.

“God won,” said Joe Copeland. “That was the whole plan all along, I think it’s awesome that we’ve got kids in school that want to pray to God and attend church.”

They’re not even trying to play it cool! They know this is just a pro-Christianity policy by another name.

FFRF co-president Annie Laurie Gaylor told me via email that the group is “very disappointed that the administration has caved to social pressure.” FFRF will be “monitoring the situation” to see how it plays out.

Attorney Chris Line, whose initial letter to the district led to this change, added that it’s “clear that this is a scheme by the District to continue its practice of imposing prayer before football games.” He also said they would see how it’s implemented before doing more.

If every student they choose ends up reciting a Christian prayer, this could end very badly for the district. We know that’s the end goal. The question is how much they’ll dilute it — and how — to throw everyone off the scent. 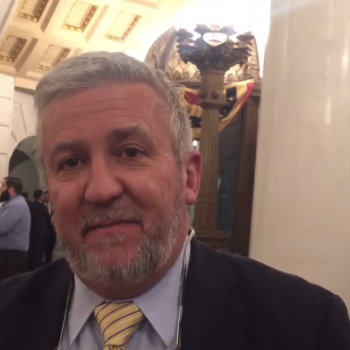 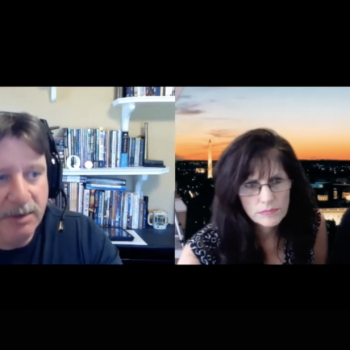 September 18, 2019 Mark Taylor: Concealed Weapons Can Keep the Red Cross from Sacrificing You to Baal
Browse Our Archives
What Are Your Thoughts?leave a comment