A couple of weeks ago, the Northern Indiana Atheists voiced their concerns about a local public school teacher who was allegedly promoting his political and religious agenda in the class. As they explained it, Mike Hosinski, a World Civilizations teacher at Jimtown High School in Elkhart, had violated all sorts of rules in the classroom. They had three families with students in the school who were willing to join their complaint. 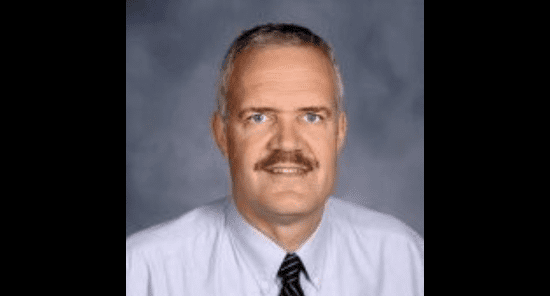 Their concern were things like these bumper stickers and posters promoting Hosinski’s conservative views: 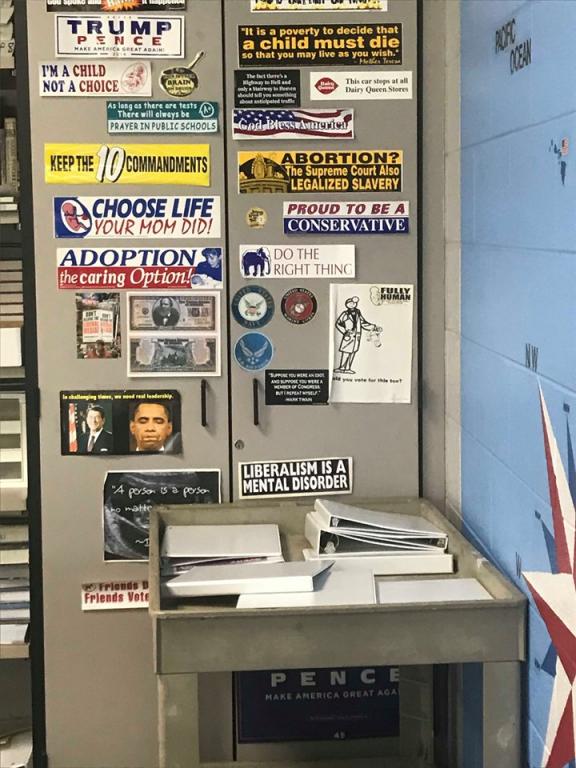 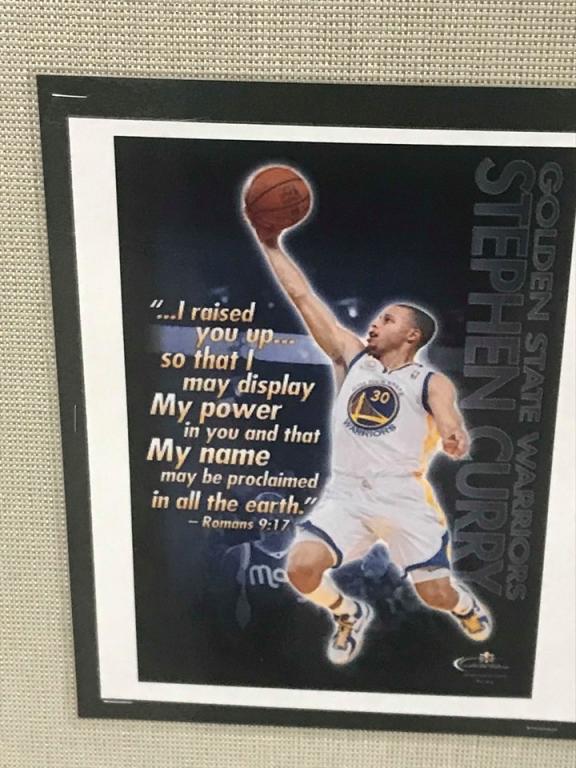 That’s just two of them. There are so many more right here.

Then there’s what he allegedly said in class, according to one of the families:

… Hosinski told the class Hillary and Obama are criminals, President Donald Trump is great, and Democrats are liars. He told them abortion should be illegal. My student says ‘he told the class Bill Clinton’s friend takes little girls to a sex island and anyone who finds out is killed. Korea has nukes, something about Muslims taking over, and something about gay people getting married…

A former student also told NIA that Hosinski “showed us cartoon slides of a partial birth abortion.” (Why that would ever be relevant in the classroom, I have no idea.)

In addition to all that, the NIA says the school itself promotes Christianity on its walls, with religious quotations and a “prominent Fellowship of Christian Students/Athletes display” in the hall. That’s why the NIA asked members to contact the Baugo Community Schools board and voice their concerns.

The superintendent of the district and the administrators at the high school still haven’t responded to my request for comment. However, yesterday, the NIA said they received a response from the district confirming their allegations. The board also said it would take immediate action.

The administration of Baugo Community Schools learned of a social media thread that alleged a teacher was violating church-state separation in one of our buildings. Those allegations were taken seriously. In this instance, there were materials that could have been interpreted as bias. They were provided by students in an effort to contribute to an orderly, systematic classroom discussion protocol that has been used in this classroom.

In compliance with board policy however, any materials that could advance partisan political or religious views were removed. Efforts will continue to ensure that teaching techniques in our schools do not violate civil liberties and a clear separation between church and state is honored.

They didn’t address the Christian displays in the hallway. They also didn’t say what punishment, if any, Hosinski will receive. But they removed the most egregious problems in the classroom. Hopefully, that’ll be the warning shot for everyone else.

Kudos to the NIA for taking quick action and resolving the issue before it escalated any further.

September 17, 2019
Appeals Court Rules in Favor of Atheists Who Wanted This Harmless Ad on PA Buses
Next Post 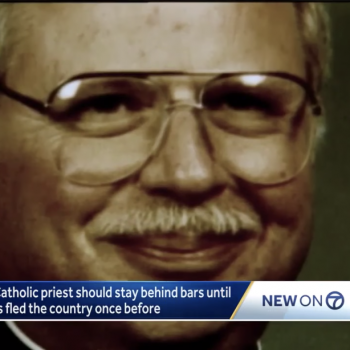