Christian Hate-Preacher: To Those Who Respect Gay People, “Are You Insane?” September 16, 2019 Hemant Mehta

Christian Hate-Preacher: To Those Who Respect Gay People, “Are You Insane?”

Pastor Tommy McMurtry of Liberty Baptist Church in Illinois is one of those New Independent Fundamentalist Baptist preachers whose every sermon seems to be a hate-filled diatribe against LGBTQ people. A few months ago, he delivered a sermon in which he longed for the good old days when being anti-gay was respected: Those were the days, he said, when we “put [gay people] in their place: six feet under. And unfortunately, we have forgotten that in our country.”

Yesterday, in a sermon all about how to change your culture when it needs to be changed, McMurtry included the acceptance of LGBTQ people as an aspect of culture that needs to be challenged:

… I just saw a clip this morning of John Goetsch — I mean, he’s the president [actually, the Executive Vice President] of West Coast Baptist College… talking about how, you know, we should be respectful to all people, to all cultures, and basically doesn’t matter if a person’s a homosexual, you know, whatever, you know, they deserve to be treated with respect.

I’m just thinking, “Are you crazy? Are you insane? We’re just gonna let perverts in the church now? And just act like that’s okay?”

And they wonder why they keep losing people in their church to homosexuality. You know why? Because they quit fighting. They quit fighting a long time ago, and they are not changing their culture. That culture is changing them. And boy, is it getting obvious…

It’s telling that these Christians think “loving the sinner” is some sort of beta male tactic. Mainstream evangelicals and the Catholic Church will tell you homosexual acts are sinful, but gay people who suppress their desires are still A-OK in the eyes of God, yet these NIFB cult members can’t even bring themselves to treat gay people with a modicum of humanity.

And not that this needs to be fact-checked, but churches don’t lose people “to homosexuality.” That’s not how The Gay works. 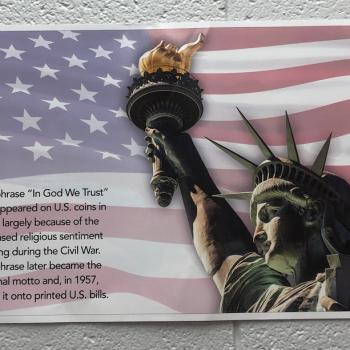 September 16, 2019
Another KY School Found a Clever Way to Get Around the "In God We Trust" Law
Next Post 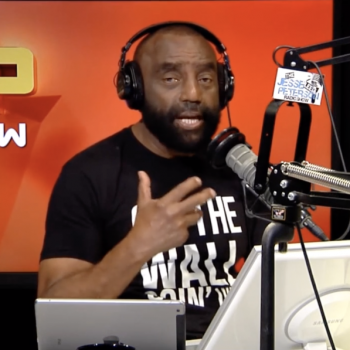