Another KY School Found a Clever Way to Get Around the “In God We Trust” Law September 16, 2019 Hemant Mehta

As you know by now, Kentucky has a law requiring public schools to post “In God We Trust” signs in every building, and some of them have done it rather subversively. One district sent all schools a framed copy of the back of a one-dollar bill to put up. Abraham Lincoln Elementary School put up a picture of a penny, appropriately enough. Both include the motto as part of a larger image.

Now here’s one more for you: At Westport Early Childhood Education Center in Louisville, which is part of the Jefferson County Public Schools, there’s a sign that includes the religious phrase while also giving people some context as to why that’s our motto at all: 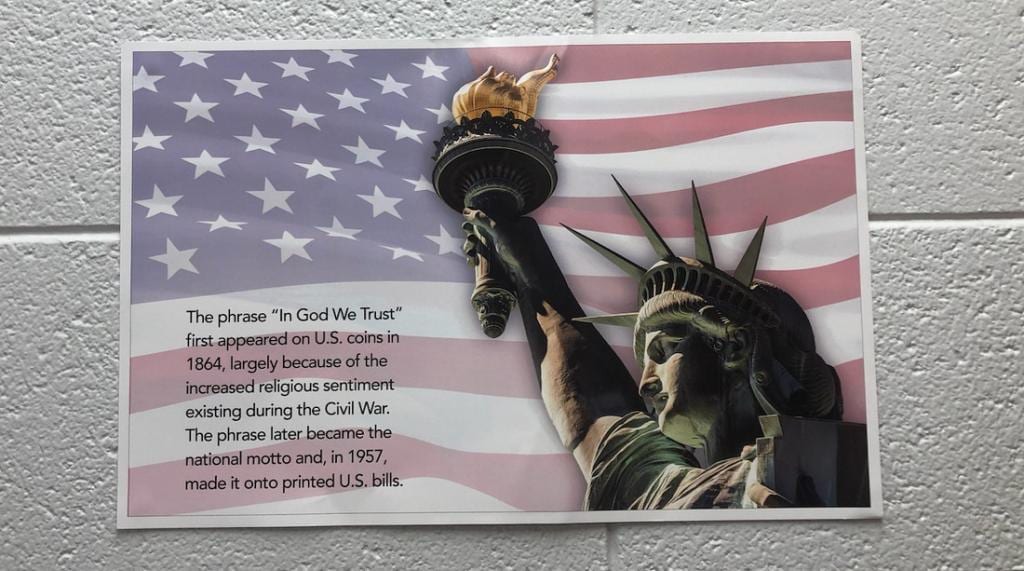 The phrase “In God We Trust” first appeared on U.S. coins in 1864, largely because of the increased religious sentiment existing during the Civil War. The phrase later became the national motto and, in 1957, made it onto printed U.S. bills.

It’s not a complete history. It doesn’t even talk about how religious sentiment is why the phrase became our national motto in the 1950s. But still, the sign lets people know that the phrase has everything to do with pleasing a group of religious people and nothing to do with the founding of the country or anything truly historical.

More importantly, it’s not what Republican legislators had in mind when they passed this law. So more power to whoever decided to put up this sign.

September 15, 2019
NFL Kicker Eddy Piñeiro: I Made a Field Goal, So You Better Believe in Jesus Now
Next Post 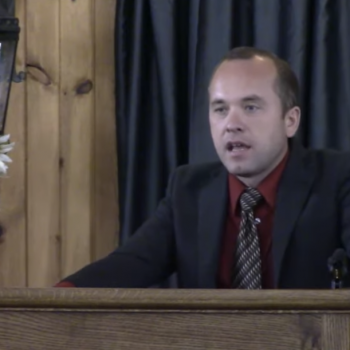