A group of Christian students at Tylertown High School in Mississippi walked out in protest this week after the school shut down their extracurricular club. Priority One was a club that met once a month during school hours. The kids would pray, listen to speakers, and sing.

Seems innocuous as far as clubs go. And yet it was shut down.

[Grandmother Carla Brown] believes in what the students are doing and said everybody doesn’t go to church and that this school program may be the only way they find Christ.

Students said they will not return to classes until the program is reinstated.

The school’s actions would seem totally unfair if Christians were telling the whole truth here… but you know exactly how this story ends. It’s the same ending we find every time Christians with an overacting Persecution Complex decide the world is out to get them.

According to school officials, Priority One wasn’t shut down because it’s a Christian club. They shut it down because the kids were meeting during school hours, not before or after school, and that’s prohibited.

Walthall County Schools superintendent Wade Carney said district policy states student led organizations can not meet during instruction time. They can continue to meet before or after school.

He said this policy applies to all student organizations not just First Priority.

So the Christian students broke a school rule, then whined and walked out of school in protest all because no one was allowing them to get away with it. They’re so used to getting special treatment as Christians that neutrality is offensive to them. Maybe if they spent more time in class, they’d actually learn how rules work.

By the way, in one article about this pseudo-controversy, the kids blame a teacher for getting their club canceled.

Students believe it was a teacher who was behind the ending of this program.

Grayson Baker says, “It’s kinda bad when another teacher tells you she doesn’t believe in God”

That’s it. That’s the whole accusation. An atheist teacher might have had something to do with club getting shut down… even though the club was literally shut down for breaking the district’s rules. (Even if the teacher pointed that out to administrators, it’s still the Christians’ fault.)

It’s so typical for an atheist to be blamed for problems that Christians created for themselves. At least in this case, the district hasn’t yet caved in by allowing the kids to meet during the school day. 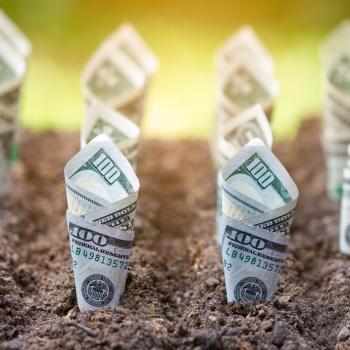 September 14, 2019 Podcast Ep. 287: Benny Hinn Lied About Rejecting Seed Money
Browse Our Archives
What Are Your Thoughts?leave a comment