Self-described devoted Christian Milton Wainwright says he was doing God’s work when he used a chainsaw to lop off the phallus of a Māori carving on New Zealand’s Manawatū Gorge Reserve walking track.

Wainwright, a local museum owner, had been a volunteer caretaker on the paths for many years. He claims that he decided to deface the statue after he complained that its depiction of the penis was obscene and immoral. He had seen children playing near the statue, even touching the phallus, and he has explained that he believed the frank depiction of genitalia promoted sex for pleasure. 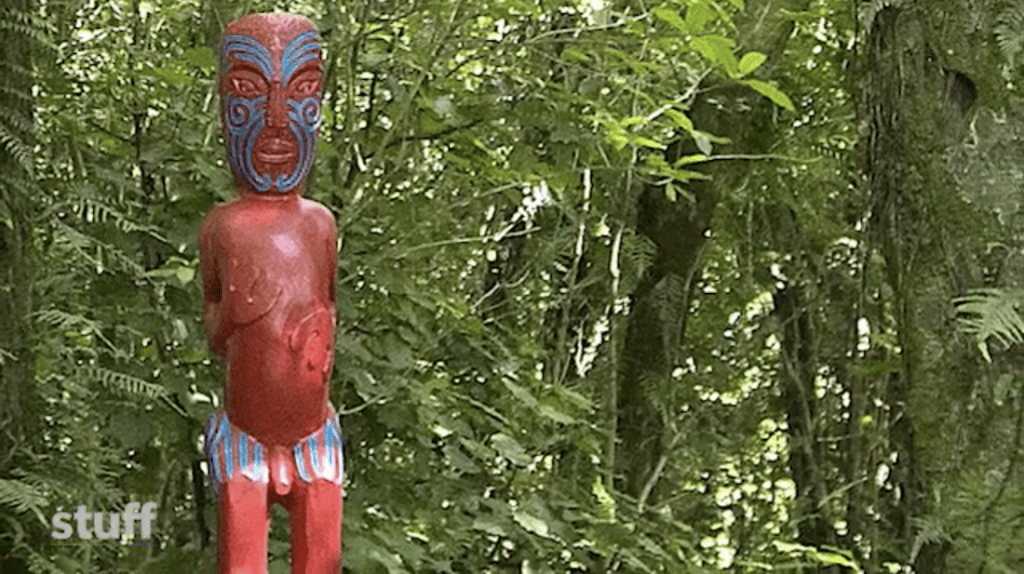 His complaints were ignored completely by everyone except Tararua mayor Tracey Collis, who explicitly told him to leave the statue alone. Wainwright has since been fined and sentenced by a New Zealand court. But he continues to maintain that he had God’s approval for the statue’s defacement, insisting

… I don’t see how it can be wrong to make an indecent thing so decent. He who doesn’t stand for something will fall for anything. I stood for decency in public places.

The carving, created by local artist Craig Kawana, was part of a permanent installation called Te Hononga Maunga, installed to introduce visitors to “a full history of Māori and European [culture] in the area.” according to Mayor Collis, who was present at the installation’s opening last December.

Kawana says he deliberately minimized the appearance of the phallus as a concession to the sensibilities of non-Māori visitors, making it smaller and less prominent than is traditional. The original Māori carvings, which were frequently defaced by Christian missionaries, featured prominent depictions of both phalluses and vulvas.

Māori community member Manahi Paewai describes the significance of the carvings for his people, the Rangitāne:

Rangitāne people, who resided east and west of Te Apiti, would recite karakia (prayers) when travelling through to invoke safe passage. These carvings, among other things, represent karakia for those who visit. They are also sister carvings to the ones at the Ashhurst entrance so regardless of whether you do a return trip from one side, or walk from one end to the other, visitors are blessed at the beginning and end of their journey.

Consequently, the defacement of the carving has been seen as greatly upsetting within the Rangitāne community. Even if Kawana could have repaired the original figure — which he can’t — Paewai says its spiritual significance has been disrupted by the violent act; “its mana has been destroyed.”

Believe in the concept of mana or don’t, but Wainwright’s act was a deliberate imposition of his own cultural and religious values without consent onto an indigenous people, an echo of Christianity’s history as a colonizing force around the globe.

A judge told Wainwright he would have to pay a fine of $2,000 for the emotional damage he caused.

(Screenshot via Stuff. Thanks to Nathan for the link) 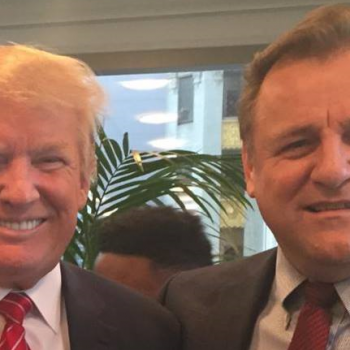 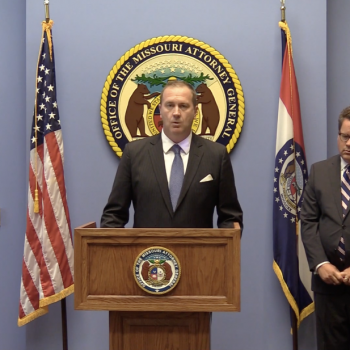 September 14, 2019 Missouri's Attorney General Refers 12 Predator Priests for Prosecution
Browse Our Archives
What Are Your Thoughts?leave a comment