And now a group of worshipers at Holy Trinity Greek Orthodox Church in Chicago say that a painting of the Virgin Mary is also shedding tears, which they claim are actually healing oils. 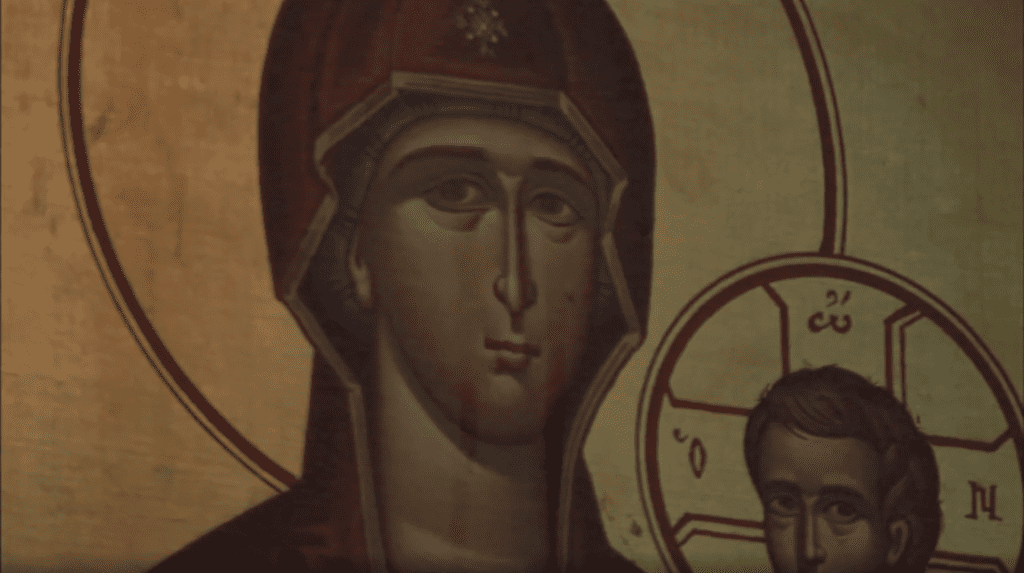 “There’s something she’s trying to tell us, so we’re just going to seal our lips and listen to what she has to say,” said Father Nick Jonas.

Monday the residue of the oil-like substance streaming from the Virgin Mary’s eyes remained, with many believing the oil has healing properties and that its origins are a blessing from God.

“I can’t explain why she is tearing, but I do know as human beings we are usually crying for two reasons: either joy or sorrow,” Fr. Jonas said.

Or because there’s water near the painting? Or because the conditions inside the church allow for the buildup of condensation? Or someone just wanted to bring people hope? There are other possible explanations. (In 2007, a priest at a Texas church admitted his weeping painting was a hoax. That priest also sexually abused kids.)

Whatever miracle these people think the painting represents, it’s not helping the church itself stay afloat. Due to a foreclosure, it was in bankruptcy court yesterday. It only stayed alive last year after an anonymous donation. They likely won’t raise enough money this time around.