Conservative Pundit: If Democrats Win in 2020, Christians Will Be Exterminated September 10, 2019 Beth Stoneburner

Conservative Pundit: If Democrats Win in 2020, Christians Will Be Exterminated

Will a Democratic president martyr Christians for their faith?

No. Never. Of course not. In fact, most of the Democratic candidates this cycle, along with the past several Democratic presidents, have professed Christianity in some form or another. But that won’t stop Republicans from ringing a false alarm.

… One side, represented by a prominent Catholic journalist, warned, in apparent seriousness, of a future in which Christians are thrown to the lions, as in ancient Rome, with Bernie Sanders playing the role of the emperor Nero.

Ahmari, a 34-year-old Iranian immigrant who converted to Catholicism three years ago, has adopted an apocalyptic approach to the culture war against secular liberalism. He wrote in May that “progressives understand that culture war means discrediting their opponents and weakening or destroying their institutions.”

Given that Sanders is Jewish, and more than familiar with the legacy of religious persecution, the idea that he’s suddenly going to wage a war on Christians seems… unlikely at best. (He has to vanquish the billionaires first.) This should all be obvious, but logic was in short supply.

Ahmari talked about “martyrdom” in the United States as if the execution of Christians for their religious beliefs was a real danger. “Now there are people who are called to that, and they’ll face it when it happens and they should,” Ahmari said of martyrdom. “And there are also religious people here … priests and so forth, who are called to this sort of heroic life. But we shouldn’t want that for all Christians while we have political agency.”

At least French took him as seriously as he deserved:

French was amused. “Do you think Bernie Sanders would bring the Colosseum? He doesn’t even have a plan to deal with Mitch McConnell,” French said, referring to the Republican Senate majority leader.

To be sure, French also thinks there’s a culture war out there putting conservative Christians in danger, but he’s more worked up about bakers not having the ability to discriminate against gay couples. He’s concerned about the courts, not the Colosseum.

Both of them go too far, though. In a country where Christians get mad when Starbucks cups aren’t Christmas-y enough, it’s hard to imagine conservatives have what it takes to die for their faith. They wouldn’t make it that far. They can’t even handle the threat of equal treatment under the government. 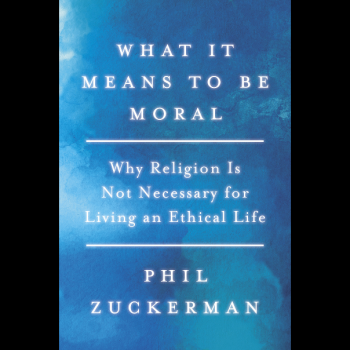 September 10, 2019
No One Needs Religion to Live a Moral Life
Next Post 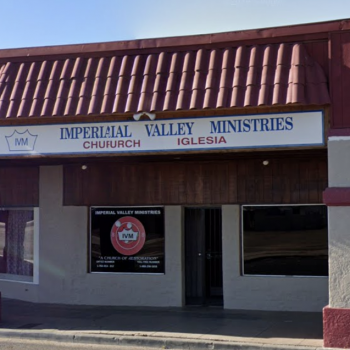